London – A new study from the Oxford Internet Institute (OII) has found that those who enjoy spending hours and hours of video games will be happy: playing time does not have a negative effect on well-being, as many do. Imagine that..

The study, published this week in the scientific journal Royal Society Open Science, examined the impact of gaming on the emotional health of gamers to see if there was a link between well-being and time spent playing games.

The good news for those who curse or feel guilty about playing for too long is that researchers found “little or no evidence of a causal relationship between time and well-being.”

And they found that individual player motivations, such as curiosity and fun, play a bigger role in player well-being than hours.

The Oxford Internet Institute (OII) is a research and teaching unit at the University of Oxford dedicated to the social sciences of the Internet. The Center’s research seeks to understand how individual and collective online behavior shapes society and influences the direction of politics and the economy.

Studying video games is one of them. Played by billions of people every day, they are concerned about the negative impact they can have on users, especially young people.

According to the OII researchers, warnings about the potentially addictive characteristics of video games and the potential harm to players’ well-being, many of which have not been proven, are leading to widely contested public policy.

In China, minors can only play for one hour a day.

“The ubiquity of gaming has fueled fears that it causes mental health problems, and major health authorities and national governments have taken far-reaching policy decisions to address the potential risks of gaming, despite the lack of adequate supporting data.

“On the other hand, video games can relax players and even provide psychological treatment,” the study said. “As such, games have the potential to impact well-being on a global scale.”

The researchers say this is the largest study to use real-world data on player behavior rather than based on self-reports.

“We found evidence of a causal relationship between gambling and well-being.”

For better or worse, the average impact of time spent playing video games on players’ well-being is probably very small.”

The authors make it clear that more information is needed from a wider range of games and players to better understand the effects of video games on well-being.

But Matti Vuorre, a researcher at the Oxford Internet Institute and co-author of the study, claims that at the moment there is not enough data and evidence for politicians and regulators to develop laws and regulations to limit game time among certain groups of the population. .

“Crucial answers to questions about how games affect our society require all major console, desktop and mobile platforms to allow users to seamlessly and ethically submit their game data for independent review,” added Andrew K. Przybylski, who also conducted research. .

Since the analysis did not find a direct link between the time spent playing video games and the well-being of the players, the researchers suggest that further and larger studies should be conducted.

“Until then, restricting or promoting the game based on time alone does not seem to do any good or harm. [ao equilíbrio emocional]”, – it is said in OII. 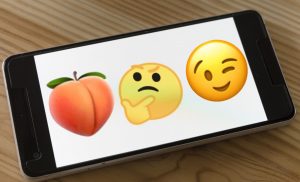