analyzed on a computer

Thymesia is a “Soul-like” action RPG developed by OverBorder Studio and published by Team17. The game is scheduled for release on 18/08/2022 for PC, PlayStation 5, Xbox Series S|X and Nintendo Switch via Cloud Gaming.

With a mix of soul genres, Thymesia brings to the experience some innovations that are sure to delight many fans of the genre, while alienating some and driving others mad with rage due to its inconsistencies.

The story follows the standard theme of a corrupt world and a hero trying to stop that corruption. Without spoilers, the unchecked use of alchemy in Thymesia ended up with a plague that spread and infected everything it touched, disrupting the realm of Hermes. In this adventure we follow the journey of ‘Corvo’, a hero who holds the key to stopping this plague, but eventually loses his memories and must go on an adventure to recover them just like in the Souls series where the story is told. Through encounters, messages and items scattered around the world.

Despite the many endings and some interesting encounters, the story serves more as a background, and the main difference is the combat systems, which follow the basis of the “Souls” series with the addition of several mechanics. 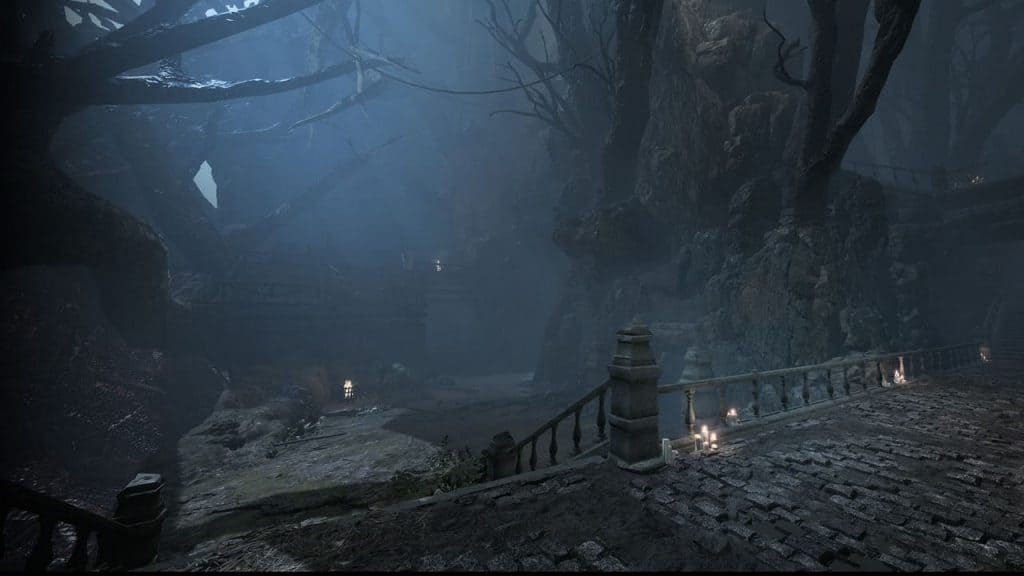 On the surface, the game’s combat follows the foundations of FromSoftware’s games, with enemies that deal a lot of damage, limited portions, a fire system, etc., the same recipe as always, but here we have something new. To differentiate Thymesia, we introduce two “life” bars, special weapons, a skill tree that can be applied to any bonfire, customizable potions and feathers.

Those experienced in the Souls series will have a bit of trouble getting used to the new systems. All enemies in Thymesia have a defense bar and a health bar, to reveal the health bar you need to lower the defense bar first and you have to use basic attacks and claw special attacks to eliminate enemies. Basic attacks always do damage to the defense bar and you can only hit health after the defense bar is depleted, however these attacks do very little health damage and if you really want to destroy the enemy you should use attacks. Claws that only damage the opponent’s health.

That said, Thymesia’s combat mostly revolves around the player managing each opponent’s defense and health, and there’s no room for defensive play here, as all enemies’ defenses regenerate over time if they do. They take no damage. If those differences weren’t enough, the game also introduces a special weapon system where after a charged attack from your claws you get a special ability that deals a lot of damage and is based on the type of enemy you’re facing with each enemy. Generating specific weapons and we also have a feather system that serves as projectiles used to critical hit enemies.

There’s no character creation, but the customization is great and you’re “encouraged” to try out different skills. As Crow levels up, he gains skill points that are used to completely change the way he fights, we have mods for dodge and damage deflection, offensive, defensive, regeneration skills, etc., the skill tree can be reloaded for free bonfire and the game encourages you to do so because Certain skills are almost essential to win certain confrontations, so if you’re having trouble, it’s best to try a different combination of skills.

The graphics are mixed, the gameplay isn’t ugly, but it isn’t amazing either. On the one hand, we have well-designed scenarios with good lighting effects that extend to the combat, on the other hand, we have a low variety of enemies with very simple models and nothing impressive. The final atmosphere is good and the soundtrack helps a lot, although the low variety of enemies leads to some boredom after the first hour of the game.

Since we’re talking about a low-budget indie game, it’s to be expected that systems will have inconsistencies, and unfortunately, we have quite a few. Starting with the enemies, the game basically has three types of enemies, common, elite and bosses. The discrepancy here is the difficulty of the elite enemies compared to the bosses, basically most of them deal more damage, have bigger crashes and faster reactions, not to mention a smaller damage window than the boss enemies. Some of them are a lot of work to eliminate, at least they don’t come back when you use bonfire, which only regenerates common enemies.

If this inconsistency in enemies wasn’t enough, the game’s entire combat system has issues that make the experience of staying aggressive on the offensive extremely frustrating, almost always ending up in a high-risk, low-reward situation. 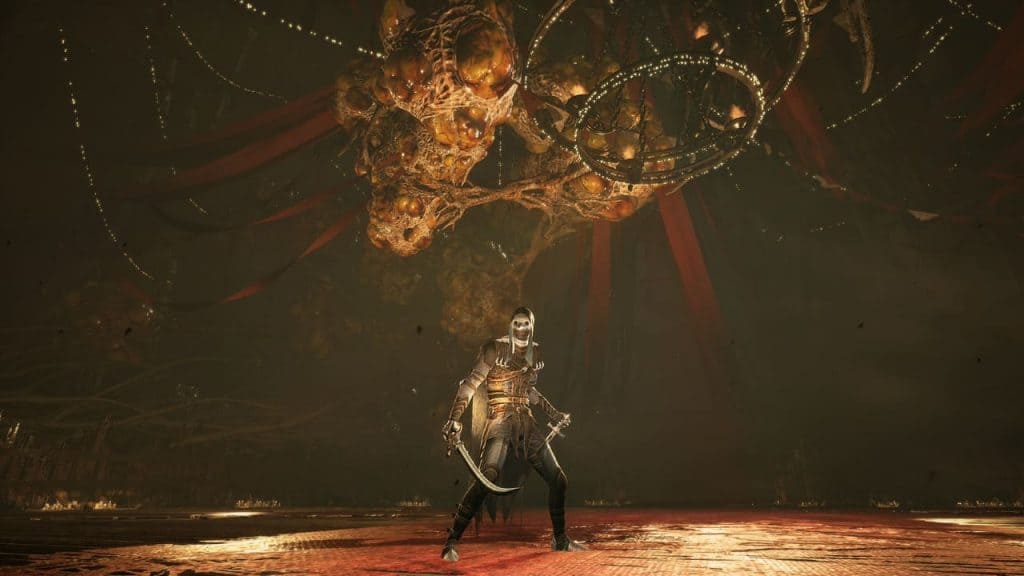 Compared to the previously available demo version, the combat has been slightly improved, although most of the problems are still related to the animations. Basically, all combat animations are slow and leave you stuck unable to make another move for less than half a second or so after they finish. Although it’s a short time, it challenges your patience as there are no iframes (invincibility frames) during the skill animation and you end up exposing yourself and taking a lot of damage when you try to perform a special move, it’s extreme. Frustration especially when you need to deflect an attack, use the claws to reduce an opponent’s health or dodge a series of attacks.

While you can choose between two dodge styles, the dodge animations are short, fair, and since we don’t have an energy bar, they’re ultimately time-based. Because of this, dodging is never accurate and some boss combos are very difficult to avoid, leaving the player to let the boss’s defense bar reset or try to dodge a hit if they can guess when to defend. Unfortunately, the combat animations make deflecting hits almost a mystery, each attack plays differently, these systems take time to get used to, and even then it’s not perfect, so don’t expect anything as sophisticated as Sekiro.

Another game-breaking issue is the overabundance of “super armor” that prevents enemies from being stunned. Basically all enemies can be stunned for short moments, however this is extremely inconsistent as almost all of them gain super armor in their attack animations and this super armor sometimes lasts longer than expected and its effect continues after the attack animation. This super armor works for Corvo as well, although having it requires adding skill points to a specific area, and unfortunately is almost useless in practice because it doesn’t give iframes, so even if it doesn’t stop, you’ll still take damage. .

If that wasn’t enough, the game still has some issues with damage boxes that are sometimes inaccurate and as a result the character ends up taking damage that theoretically wouldn’t register. This most often occurs on area attacks or critical hits, and can also affect Crow, with claw attacks going through enemies and taking no damage. All of these factors combined with the two health bar mechanics make fighting at times fun and at times extremely frustrating.

Ultimately, Thymesia is more of a love-it-or-hate-it title, its mechanics combined with its flaws make this an experience with many ups and downs that fans of the genre may or may not like. We haven’t set a price yet and based on my experience I’d rather leave it up to you to recommend this game, if you decide to embark on this journey, be aware that it’s not the same quality game as AAA.

Check out the beginning of Thymesia in this gameplay video: