As evidenced by the launch of the ThinkStation P348 in Brazil, Lenovo recently announced the ThinkStation P360 Ultra, the brand’s newest workstation aimed at professionals looking for powerful hardware in a very compact package. Even bringing a differentiated case of less than 4 liters, which makes the car smaller on the Xbox, startup configurations include Intel Alder Lake chips up to the Core i9 and GPUs up to the RTX A5000.

The ThinkStation P360 is a smaller workstation on the Xbox

The highlight of the P360 Ultra is its extremely compact format with built-in hardware – a less than 4-liter workstation has a smaller volume than the Xbox Series X, which is much smaller than other professional PCs with similar specifications. Lenovo emphasizes how “innovative” this format would be, but this is not the case given that there are other workstations that adopt similar designs.

The fact is that the giant has worked with Intel and Nvidia to implement ingenious solutions and provide good cooling and functions necessary for the segment, with blast-style coolers for the CPU and GPU. Despite the effort, some sacrifice had to be made, starting with the processors, limited to a maximum power consumption of 125 watts, which should seriously affect the maximum power of the most powerful model with the Core i9 12900K, which normally reaches 241 watts.

Interestingly, the P360 Ultra motherboard is based on the W680 chipset, instead of the Z690, which is designed for gamers and regular users alike, giving access to some important additional features such as up to 128GB of DDR5-4000 RAM support. Error Correction (ECC) with or without SODIMM format – another component that comes from laptops. 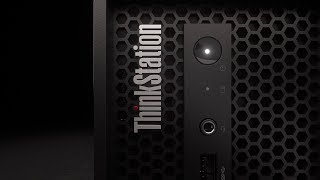 Like the rest of the ThinkStation line, the novelty meets military-level resistance requirements and has certifications from professional software companies such as Autodesk and Siemens, confirming the device’s performance and stability in these applications.

Extensive connectivity and expansion options complement the set, for example, up to 8TB of M.2 NVMe PCIe 3.0 SSD memory (motherboard limitation, even though the GPU has access to PCIe 4.0), which is cooled by its own fan, Wi-Fi 6 Or 6E, two Thunderbolt 4 ports, five USB-A 3.2 Gen 2 ports, three DisplayPort 1.4 connectors, two RJ45 ports (one 2.5GB and one 1GB) and a PCIe 3.0 x4 slot for expansion cards.

Lenovo ThinkStation P360 Ultra for sale overseas this month, priced from $ 1399 (~ 7200 R $), configured with Core i3 12100 without special GPU. The company has not yet confirmed whether the device will be shipped to Brazil, but the recent debut of the P348 is a strong indication that the giant might still consider the possibility.