The Dreamcast was a fantastic video game, ahead of its time in many ways. Among the points where Sega’s latest console tried to innovate was its memory card, a device known as a Visual Memory Unit (VMU) that caught everyone’s attention.

Not counting the storage units we currently have with the Dreamcast consoles that needed to store our game progress on these memory cards, but the manufacturer saw an opportunity to take the gaming experience to another level. By adding a screen and a few buttons to the VMU, Sega transforms the unit into much more than a memory card, making it portable.

Although it had a simple monochrome screen with a resolution of 48×32 dots and low processing power, the accessory could offer several minigames and even connect to others for multiplayer matches. Additionally, when attached to a Dreamcast controller, some titles took advantage of the second screen to make the experience more immersive, such as displaying a character’s energy level Resident Evil: Code Veronica Or playing a secret NFL 2K2.

However, even as memory cards were abandoned in subsequent generations, a Greek company called Dreamware Enterprises believed that the VMU deserved to be revisited and, above all, that it could be improved. So he started a crowdfunding campaign to make this dream come true. 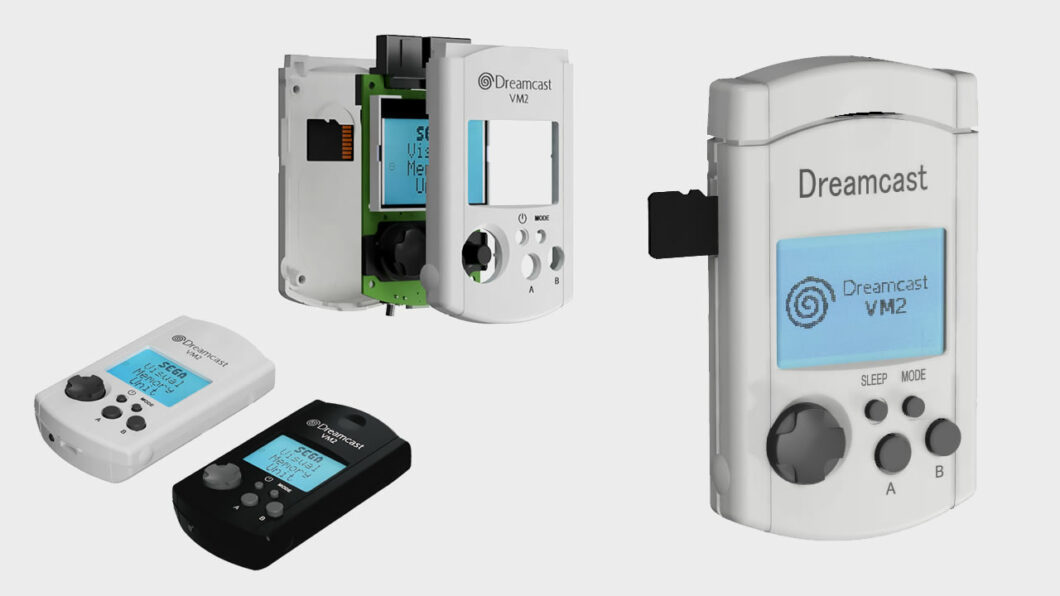 According to the description on the project page, while the VMU was one of the Dreamcast’s greatest assets, it had some design flaws, and VM2 aims to fix those issues. Among the promised innovations in this new version we will have the following:

Finally, it is also important to say that during the Dreamcast, memory cards were created that had four times the capacity of a normal VMU, files were divided into pages. However, these units did not have a display, and VM2 will fix this, allowing us to choose single (200 blocks) or 4x (800 blocks) mode.

For those who still own a Dreamcast and continue to enjoy this great video game, something like VM2 is bound to happen. The problem is that securing the unit won’t be easy. With an estimated delivery date of only August 2023, an investment of €115 will be required to be entitled to one of the memory cards, which means around R$600!

That’s a figure that will turn off many stakeholders, but judging by VM2 master Chris Diaoglu’s past work, quality shouldn’t be an issue with this project. He was responsible for the DreamConn and DreamPort PSU, modifications that allow the Dreamcast controller to work via a Bluetooth connection.

To be honest, I wouldn’t have that much money invested in VMU, but what I find impressive about VM2 is how beloved the Dreamcast still is. Almost two and a half decades have passed since the release of this video game, and even after most of the games created for it appeared on other platforms, people continue to idolize it.

This makes me think that if one day Sega decides to revive the late console, the public interest will be huge, all units will sell out quickly. Obviously, they will need to make some changes, and I know that a project like this requires a lot of investment. Still, I’m passionate enough that I’d do anything to buy a unit, even if it’s a miniature like the Mega Drive.

While that return is a long way off, I’m still here hoping to one day get my hands on a Dreamcast in good condition. And to think of the eternal regret I’ll always have for having three Dreamcasts and getting rid of them.