The gaming world is getting more and more resources to make the experience as enjoyable and realistic as possible, and one such new feature is Ray Tracing. Today, in our Tell Us About It, we want to know: At the end of the day, do you think Ray Tracing really makes a difference? Is it an interesting feature?

Let’s recall a little what this feature is, and the idea is to talk and give your opinion, if it is really something that makes a big difference in the gameplay, or if it is a resource that is still not worth that much. What do you think?

Tell us: What is your computer’s video card?
Tell us: Are you still buying games on physical media?

What is Ray Tracing?

Ray Tracing is a technology that has long been used in cinema and has recently arrived in gaming, especially with the release of Nvidia’s GeForce RTX 20 series of graphics cards, which are based on the new Turing architecture and are compatible. this feature. Ray Tracing is also featured on next-gen consoles such as the PS5 and Xbox Series X and S.

This technology can use artificial intelligence to create lighting and shadow effects on images in real time, making them appear brighter and more realistic. The function changes some details, such as providing more reflection of objects in the image, refraction of light and lighting in general. The idea is to make the environment look as real as possible.

The idea is good and the feature can really make a difference depending on the usage and game, but it ends up being a costly investment as you need a compatible video card in addition to a 4K monitor or TV. See these effects more faithfully.

But is it worth the investment? This is interesting?

That’s not to say that the feature isn’t interesting, after all, when we compare images of games with and without Ray Traced, it’s possible to visually notice the change. Reflexes become more realistic and in competitive games it can give you an extra advantage, such as seeing an enemy through one of these reflexes.

In other games, this difference is not so big. It’s the small details, like the shop sign reflected on the hood of the car or the windows on the smooth floor. make it more beautiful? He’s going. But is it necessary? I don’t believe it is.

Ray Tracing is a cool feature, but in my opinion, it still has a way to go in the gaming world before it really becomes something worthwhile. First, because of the investment, because video cards are quite expensive and you will need a monitor with a high refresh rate and resolution to enjoy it. 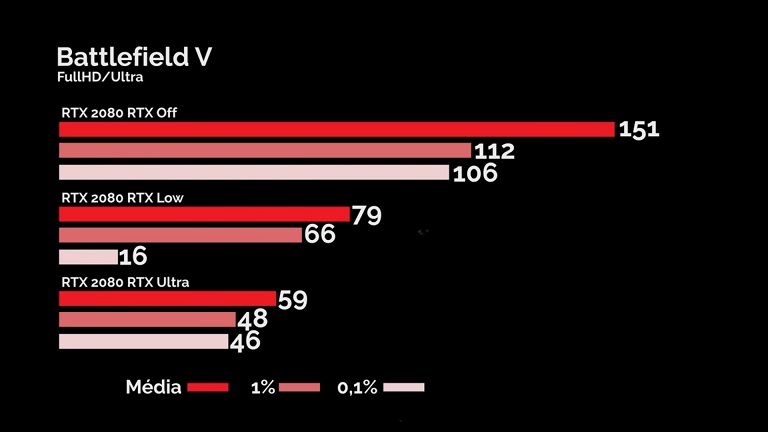 The second and most important thing is that enabling Ray Tracing, especially on Ultra, has a big impact on the performance of the video card and the FPS can drop a lot. Of course, if you have good equipment, even with Ultra, you can still stay around 60 FPS, but the other option is to turn the game off and get an average of 150 FPS. It’s not worth it to me.

And you, what do you think about Ray Tracing in games today? Do you think it’s worth the investment? Do you think the difference in game appearance is worth it? Comment there!

The “Conta lá pra gente” section is a fixed board on Hardware.com.br in which interesting topics about the world of technology are put on the agenda for you, the reader, to participate and interact with us 😉