Classic series deserve classic games. And few have achieved this feat more than one of the biggest popularity phenomena of the late 80s/early 90s, the Teenage Mutant Ninja Turtles or, as they are called in Brazil, Teenage Mutant Ninja Turtles. Even with a series of projects of questionable quality and several attempts to revamp it for a younger audience, the franchise is better known for its achievements in its heyday than in the decades that followed.

And few things represent that popularity like the games included in Konami’s latest releases, Teenage Mutant Ninja Turtles: The Kowabunga Collection. Contains 13 games released by the Japanese publisher between 1989 and 1993, the height of the heat around the characters, some games a little more unknown and others that marked the childhood/adolescence of everyone who lived in the 90s.

This collection brings a giant dose of nostalgia done at its best. This is a package clearly designed for fans of the characters who remember the joy of sitting down with their friends to explore the best and most memorable beat-em-ups of all time, to relive those experiences or introduce them to new generations. Players who may have come into contact with the recent efforts to revive the popularity of the hero group.

The sheer number of games that Digital Eclipse and Konami have managed to pack into the package and the care seen in the ports is what impresses the most. There are 13 games, including different versions of classic titles that hit the NES, SNES, Arcade, Mega Drive and the original Game Boy. The list of titles included here ranges from timeless classics such as Turtles in Time (like Arcade classic and SNES port), cult hits like Tournament Fighters (in their very different versions of SNES and MD), for slightly more unknown titles like Radical rescue (from GB).

We must remember that these games are a product of their time. With these ports, Digital Eclipse has added several options to customize the experience, such as the ability to start the initial stage, activate special modes such as Turbo, God Mode or Nightmare Mode, start with an extra life or even choose whether to save or not. Closer to the original or optimized using the power of current consoles (such as sprite flicker or slowdown from Game Boy games). The care taken to make the entire experience much more beautiful and functional, while still maintaining the spirit and experience of the original games, is frankly shocking. 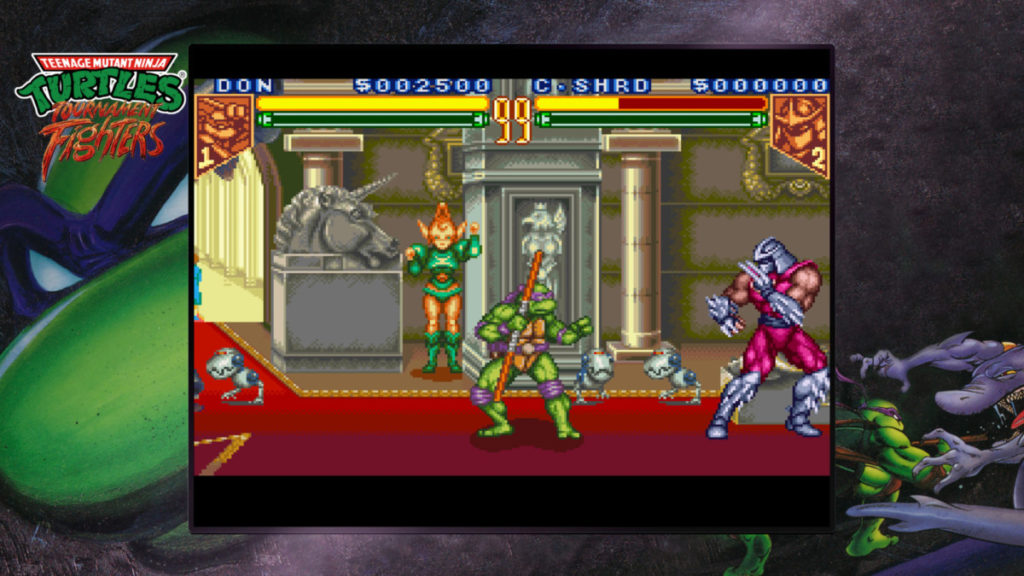 Of course, don’t expect anything close to that lately Shredder’s RevengeAs it essentially takes 30 years of evolution and gameplay improvements to separate the latest title from the iconic Turtles in Time. Still, being able to revisit these games, even with their glaring and obvious flaws, including hit-recognition issues and increasing the difficulty of classic arcade games designed for coin-spending, has its value, as does media conservation. And know and appreciate what. We had and how we got to where we are today.

However, it’s an experience that is greatly enhanced by one feature: multiplayer. Beat-em-ups have always been a genre that, as great as it is for solo players, becomes more engaging when played with friends, which was clearly on the minds of the developers here.

That’s why not only games that already had local multiplayer kept them, but the studio decided to add online multiplayer to the package for 4 of the most important titles. So even if you and your friends don’t have time to get together, order pizza and spend hours playing these titles, you can do it online Turtle Ninjas and Turtles in Time (in both arcade versions), Hyperstone Heist (from the Mega Drive) and in the SNES version Tournament Fighters. 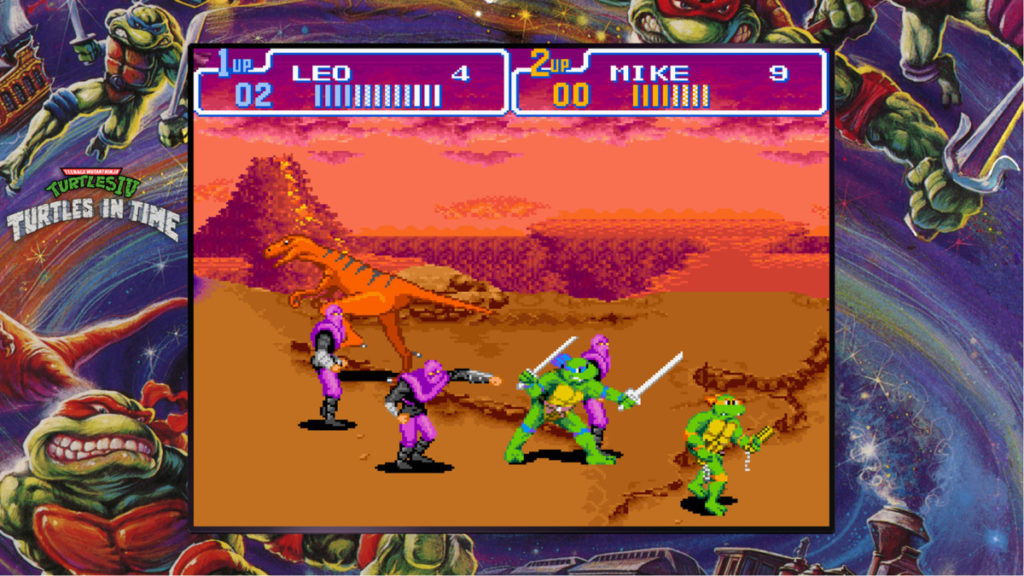 The latter especially deserves a separate mention not only for the inclusion of online functionality, but also for the addition of netcode, which is increasingly happening in fighting games. This adds even more longevity to a game already dear to fans as, even with Story Mode, fighting against the CPU can get tiresome very quickly (thanks in part to the weird control system that takes getting used to), but still. A really fun game to play with friends.

Don’t read this as a criticism of what these games are. Even for gamers who are a little more resistant to the various waves of nostalgia that constantly try to dominate the market, it’s impossible not to be blown away by the quality of these games. They may not have all the conveniences and tweaks that modern games have, but they are more important: fun.

It’s hardly a game that will keep you engaged for hours and hours, but it’s one that’s always fun to pick up and play, to see things you never got to when you were younger, or just to jump from game to game. Differences between different console versions (or different regions, since it’s possible to switch between American and Japanese versions with a simple click of a button) or know games you’ve hardly ever touched. 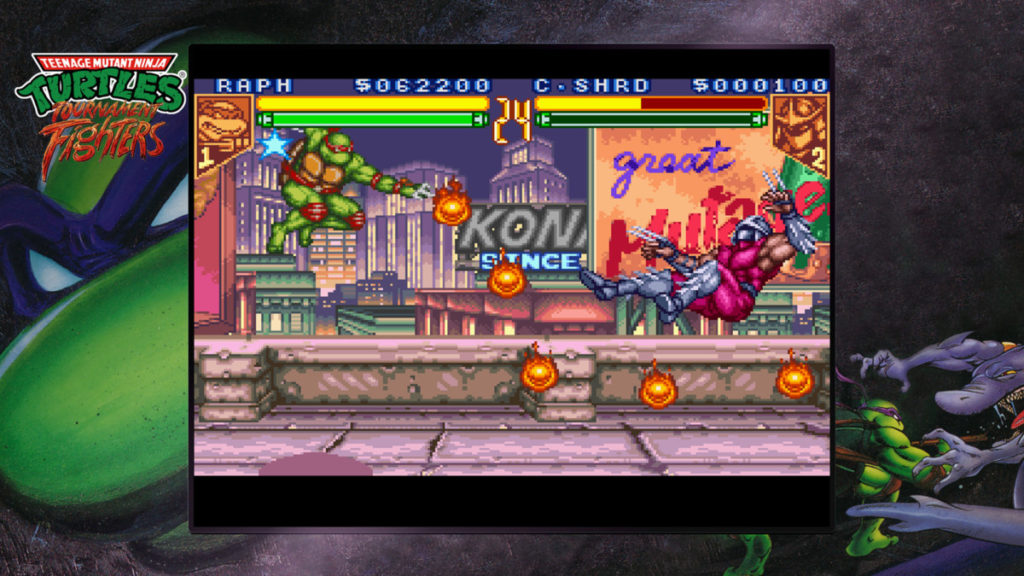 Therefore, the decision may begin Cowabunga Collection then Shredder’s Revenge He was right. While the latest game is the perfect gateway for new fans, this collection is a chance for nostalgia to show that while everything is great these days, there was also a lot of good stuff, plastic artists at the height of the popularity of all four mutants.

Even this collection’s extra mode, aptly named “Turtle’s Lair,” is a testament to how much it’s been done by longtime fans who want to explore important parts of the franchise’s history. Content here includes US comic book covers, images from the four main TV series, concept art and design documents, soundtracks, strategy guides, advertisements, covers, and guides for all games.

It’s an incredible collection with great games, and it manages to be exactly what a remaster collection should be: celebrating the history and legacy of these games, a way to preserve them, and an easy way to access the games. Impacted the world, everyone’s life, with small improvements to make them more enjoyable and accessible also for players who are interested in understanding why they are so popular. and Cowabunga Collection Just goes to show that no matter how much time passes, there’s always time to eat pizza, impress, and send Santa Turtaruga.

The game is analyzed on PS5 with code provided by Konami.