Sony has informed developers that it will be implementing stricter guidelines when it comes to platinum trophies, known as “garappas”. In this case, these are games that serve only that purpose and have practically zero gameplay for it.

The document, which DEX.EXE (via The Gamer) obtained from an anonymous source, was sent to developers and informs them of new guidelines and actions that will be taken if they are not followed. “When partners oversaturate or spam the PlayStation Store with too many options for the same type of content, it can negatively impact both the user and partner experience,” the letter said. PlayStation will then list what will be considered spam or repeats in the future.

Among the products that now fit this definition are games that are copied and are not significantly different from games in the PS Store, and various concepts that have duplicate functionality that have only minor variations. PlayStation is advising developers who may be guilty of bundling these games into a single experience to avoid new penalties for doing so.

As for the new punishments, the list is long. Ultimately, it depends on the product and whether the developer responsible for it is a repeat offender. Among the consequences listed are limited discovery on the PS Store and removal of all content from the store. If the same developer is warned and penalized several times, this may result in suspension of content addition or a complete ban. 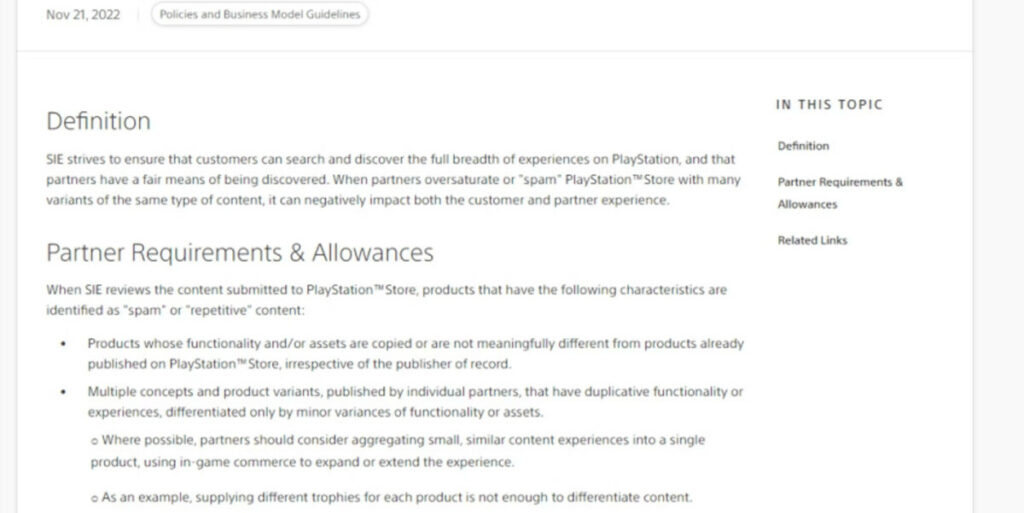 It should be noted that there are many examples of this type of games. We’ve covered Breakthrough Gaming’s games in the past, as well as Stroke the Dog and its variants. But the example that Sony leaves in the indirect document is “The Jumping…”, which has mostly food PNGs and there are even “TURBO” variations.

Ratalaika or eastasiasoft titles hardly match what Sony cites in the document. Although easy platinums, they are not replayable and are practically the same. There is a “real” game, and platinum is easy because it can be obtained by playing very few titles.