Born more than 30 years ago, Sonic has established himself as one of the most iconic characters in the video game industry. Its gigantic legacy has spawned dozens of games and pushed the boundaries of entertainment, spawning animations, movies and even LEGO sets. The most interesting thing is how the hedgehog has transcended generations and has fans of all ages.

The big truth is that SEGA lives a love-hate relationship with fans. Aside from classic games and more nostalgic releases like Sonic Mania, the Hero titles failed to win the hearts of veterans or appeal to youngsters. Sonic Frontiers itself hasn’t even been released yet, but it’s already getting gamers to predict another disaster based on its trailers.

To warm hearts, the hedgehog returns in a new collection called Sonic Origins, which cannot go wrong. All in all, it’s a fantastic package that brings together the original games Sonic the Hedgehog, Sonic CD, Sonic 2 and Sonic 3 & Knuckles with a few improvements and additions that aim to modernize the experience and make it friendlier to casual gamers. Is it worth your investment? Check it out in our review!

the beginning of everything 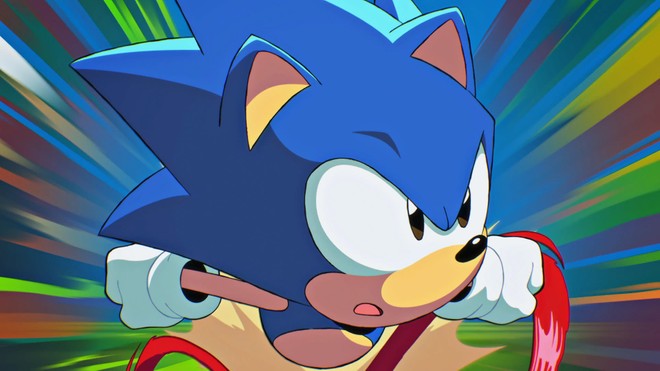 Sonic Origins better tells the story of the hedgehog and his whole rivalry with Dr. Robotnik, also known as Eggman. Many years ago, it was common for games to detail their narrative in manuals that accompanied physical copies. As almost no one read it, several narrative details became legendary or were simply not known to players.

To solve this, Sonic Origins has animated cinematics that make you feel like you’re watching a cartoon. Everything is done with great care and attention, perfectly matching the collection. Despite the lack of dialogues and being short, everything can be fully understood, and several details of the narrative that many did not know will be understood. 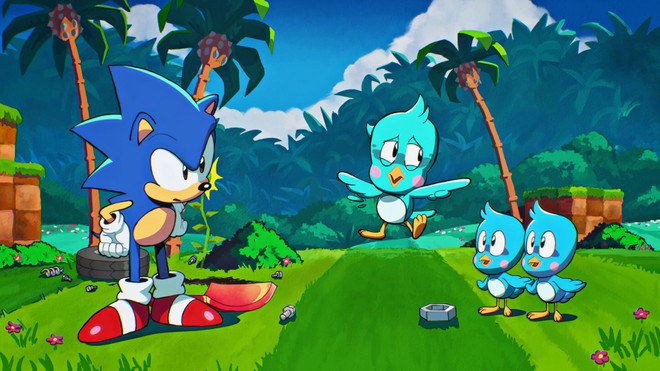 In the story, Sonic is a blue hedgehog who lived peacefully in the green hills of the South Island until the animals living in the region began to be kidnapped to become vehicles for an evil plan by the villain Dr. Robotnik, who aims for world domination. From there, the hero begins the search for the seven emeralds and befriends Tails, a two-tailed fox, embarks on an unforgettable adventure full of challenges, and finally confronts the legendary Knuckles.

The story of the games is very simple, but that’s not the problem. It’s his simplicity that makes him so cute, fun, and an added factor of enjoyment for kids and adults alike, making Sonic one of the most beloved characters in video game history. 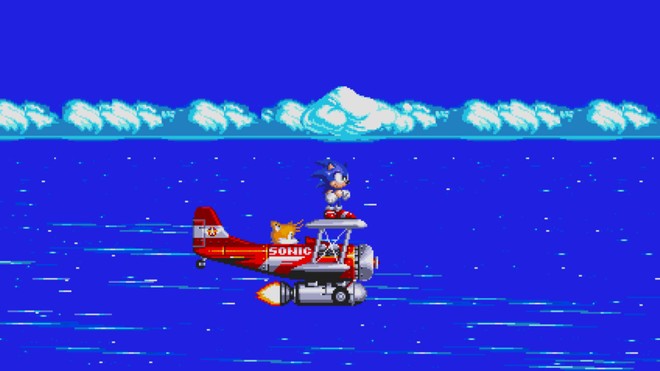 Sonic Origins isn’t technically a remaster, as every game has been rebuilt from scratch, but with the goal of being very close to the original releases, with a few improvements and more accessible mechanics to suit both old-school players and those familiar with the character. Recently and never tried any of their games.

Among the games in the collection, it’s clear that the biggest beneficiary was the first Sonic The Hedgehog title, which often alienated new players and ruined old-time childhood memories by aging badly. It may seem silly, but adding the Spin Dash skill completely transforms the experience, giving the hedgehog a new ability to dodge enemies, making the experience much more balanced. 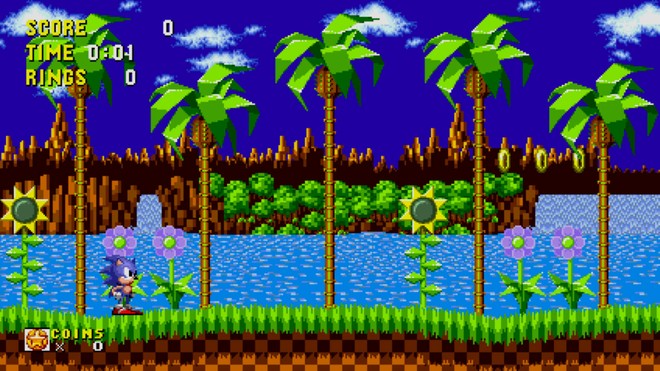 Sonic Origins has two different modes: Anniversary and Classic. The former brings a new mechanic with coins that replace extra lives that can be used to unlock promotional art, music, videos and other surprises in the museum. The second brings the original experience, without any changes and in all its complexity.

In terms of gameplay, Sonic follows the platform games of the 90s. Controlling the hero, Tails or Knuckles, you’ll jump, fly and go through colorful stages full of enemies, traps and secrets. Interestingly, even after 30 years, the titles are still fun and addictive. 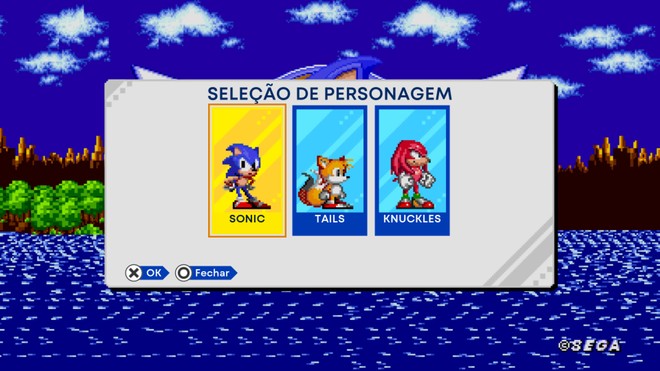 In Story Mode, the player will play four titles in sequence, without a corresponding menu or screen. This will let you switch between them as if they were one game, the main difference being the animations at the beginning and end of each title.

The new Boss Challenge mode forces the player to face all the bosses in sequence, but with one detail: no rings and only 3 lasts. It is very difficult and requires a lot of skill to perform. Once completed, you’ll unlock the mirror mode, which contains all the mirror levels. 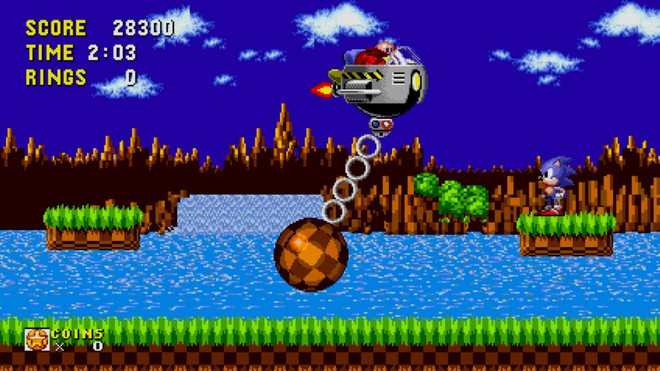 Now, if you like tension and extreme challenge, you will enjoy Mission Mode. Basically, you will have to complete challenges such as collecting the number of rings or completing a level within a certain time. At the end of each level you will get a rating based on your performance. An interesting element is that the stages undergo changes to adapt to the challenge you will face.

Green Hill Zone is more beautiful than ever 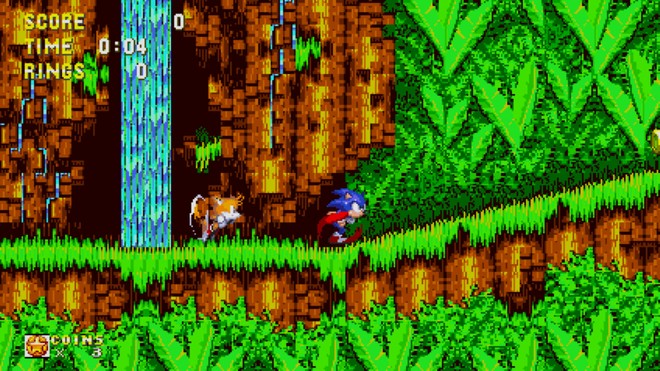 Sonic Origins brings the first Sonic games more beautiful than ever, a painstaking work that pays homage to the past, but with improvements that make it palatable for more modern devices. Animations are one of the main strengths, making the experience even more visually pleasing.

The main visual change is the aspect ratio, which jumps from 4:3 to 16:9 for widescreen. However, this goes beyond resolution and also affects gameplay, as elements of the screen are reshaped to fit naturally without being simply “stretched”. I’ll admit that I found the experience much better this way and didn’t enjoy trying out the titles in the classic format. 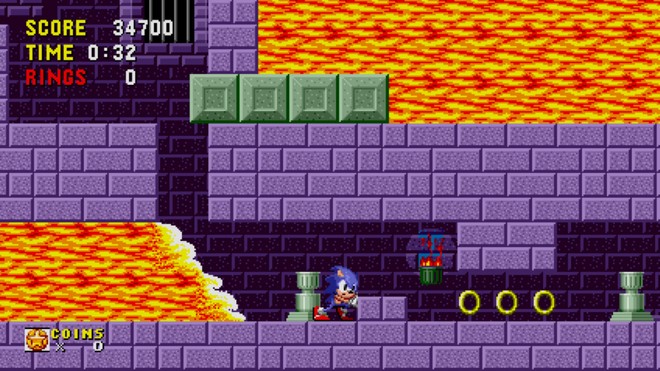 A small forgotten detail that could have enriched the experience was the CRT filter featured in Sonic Mania. They help to bring retro games as close as possible to the image of old TVs, which gives it an additional charm. Maybe SEGA can add the feature in a future update, but I admit I missed it.

Another point that may bother some players is the Sonic 3 soundtrack. SEGA can’t use original game tracks, so they brought in alternative music to overcome these problems. Other than that, the rest was kept.

Is it worth the investment? 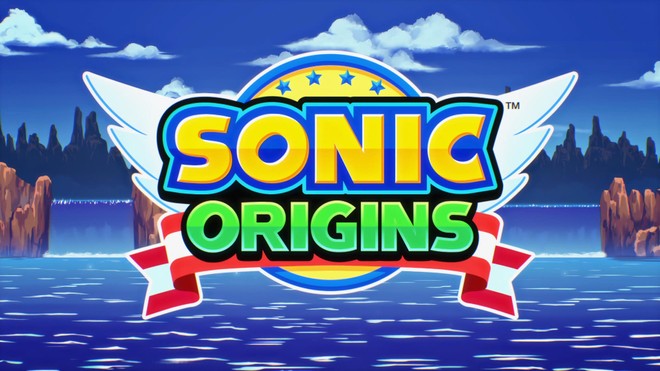 Sonic Origins is a beautiful collection that will delight the elderly and remind them of their childhood, but it also serves as a gateway for younger players who have just met the hedgehog and want to try their games. With excellent technical work, tons of unlockable content and new modes, this is the best way to experience the hero’s legacy.

However, SEGA is wrong in a very important detail: its price. The standard version is paid BRL 214.90And the deluxe version is released BRL 239.90. Premium content is nothing more than remastered music and other details that could very well have been included in the base game, especially for the amount charged. 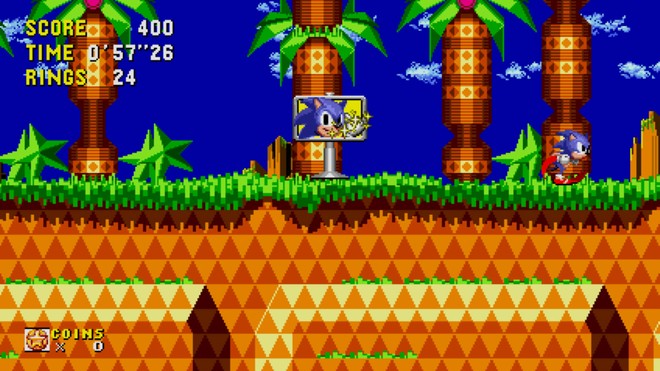 Paid DLCs that must be included with the base game

Revival works make the classics modern, but preserve the essence of the past in a unique way.

Difficult options for veterans and easier modes for casual players who just want to have fun.

The story is told through simple and engaging cinematography.

With the exception of Sonic 3, all games retain their excellent original tracks.

Sonic Origins is a throwback to the past in an incredible and fun way.

Sonic Origins is a great collection to introduce the hedgehog to, but it falls short of its hefty price tag.

*TudoCelular would like to thank SEGA’s tip, TheoGames, for providing a review copy of Sonic Origins for PlayStation 5.