When you’re looking at the Sonic Frontiers CGs, that’s how desperation comes in. Anyone who grew up with Sonic as a reference character in games is already bored before the game even starts. However, this initial impression soon changed to anxiety over the game. Believe me: Sonic is back. SEGA’s mascot lives on.

As poorly finished as it is fun, Sonic Frontiers is something unique in the history of the franchise. The Starfall Islands archipelago is already my favorite place in Sonic history, because despite the feeling of emptiness that seems inevitable, when you really get into the challenges of platforming and include more options in combat, the experience becomes sensational.

All the structures that Sonic can climb to get special items are very well planned. Maps attack the integration of challenges and level design. One platform challenge leads to another, which leads to a map point of interest, and so on.

Perhaps more than any other game in the franchise, Sonic Frontiers really conveys the idea that Sonic is insanely fast. When you see the landscape blur as he runs, there’s a joy that we haven’t felt in other games.

Even the games of the 1990s, which are considered the pinnacle of the series, did not convey this feeling. Whenever Sonic from the classic games ran faster, he was pushed by a spring or thrown by throwing red marbles. Not here.

In Sonic Frontiers, Sonic simply runs in the direction the player wants and also at the speed he wants. The maps may seem huge for a hedgehog that’s not even four feet tall, but you can go from end to end in seconds.

Actually, it doesn’t refer to the specific map that is Volcanic Island. There, SEGA lost their grip on level design. There are lots of bumpy spaces and lots of little arrows that switch to 2D perspective when we don’t want them to. Fill the bag.

Research at an unprecedented level 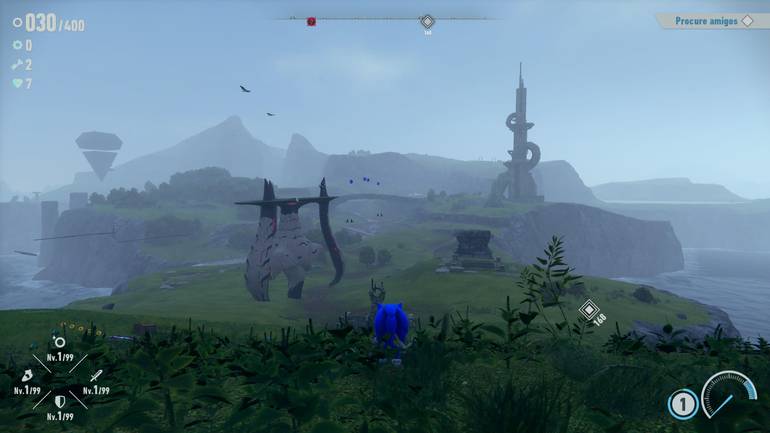 Basically, Sonic Frontiers offers you 5 islands: the first is the completely green one that you’ve already seen in the trailers. Then comes the desert, the volcano, a very small special, and the second ending, which is very similar to the first.

It’s all in 3D and it’s all very open, but there’s one thing: the platforming challenges scattered throughout the scenarios sometimes work almost like hidden minigames that change the camera perspective to 2D for a few seconds. When you really want to do these challenges, no problem. But when you step into these challenges by mistake, that sense of freedom is undermined.

Precisely because Sonic is so fast, sometimes you can’t even see the little arrows hidden on the ground while running. If he runs over one of them, which changes the camera perspective, it will be difficult to get out of there without jumping over all the obstacles again.

By now you’ve figured out that Sonic Frontiers has separate maps that each work as their own open world. And in all of them, Sonic can run wherever he wants, whether it’s facing enemies and bosses or completing platforming challenges to get story elements.

And what’s the story?! 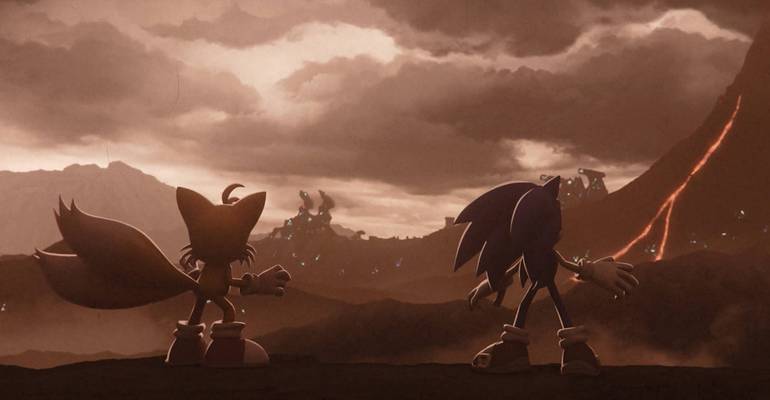 Basically, one fine day, Sonic, Tails, Knuckles, and Amy are on a plane ride. There, a portal opens in the sky and swallows them all. Sonic enters this portal and lands on the Starfall Islands. The other three fall between two dimensions: the real dimension and the digital dimension. From there, it’s up to Sonic to rescue his friends and bring them back to the physical world.

Interestingly, Robotnik is also trapped in the digital world. In fact, the villain appears accompanied by an AI named Sage, who is already one of the best characters created for the Sonic universe in decades.

I won’t spoil the story here, but even though the CGs in Sonic Frontiers are pretty ugly, the story really manages to have some emotional moments. I was most impressed by Sage. You will understand.

In this context, Sonic must collect each character’s so-called one for each island.

What is a game cycle? 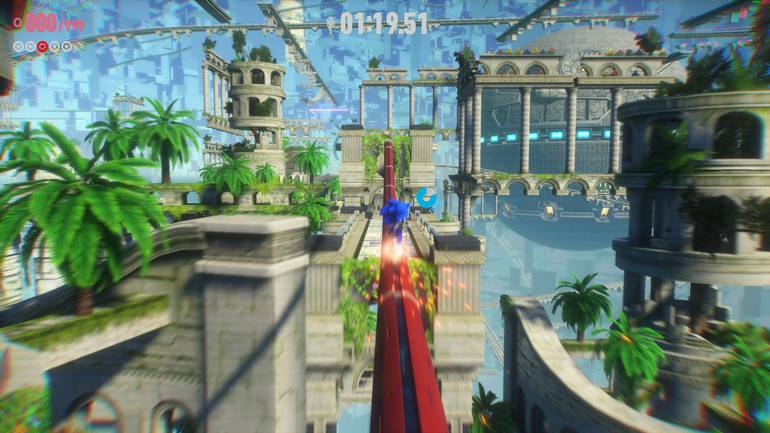 In short, the game works like this: Sonic arrives on an island, finds a friend who is stuck between the digital world and the real world, talks to a hologram of this friend, walks around the world and collects mnemonic elements of this person to open new dialogues, collects keys. To get the Chaos Emeralds and defeat the big boss of the island. That’s what you do from the beginning to the end of the story.

What won me over with the game was the freedom Sonic has in searching for mnemonic items and chaos emerald keys.

For example, when I went to rescue Amy, I had to search for mnemonic hearts. So I finished the platform challenges and searched the chests for specific items. The process takes a little longer than ideal, but that’s normal.

For keys that grant access to Chaos Emeralds, there are even more options. You can, for example, go fishing with Big The Cat, who is the scariest character in this game. I couldn’t help but think he was going to kill Sonic before he even started fishing. By the way guys how nice is this fishing mini game. It’s easy, includes a lot of nice rewards, and can advance a lot of the story if you spend the points you collect well.

Another way to earn Emerald Keys is to play short Cyberspace stages. Basically, we can describe these levels as challenges in the style of 3D Sonic games. You run from left to right or to the bottom of the screen, passing various obstacles and enemies.
Depending on how many objectives you complete in cyberspace in each level, Sonic will receive Emerald Keys. The more perfect the effort, the greater the reward.

Revolutionary Combat (for the franchise) 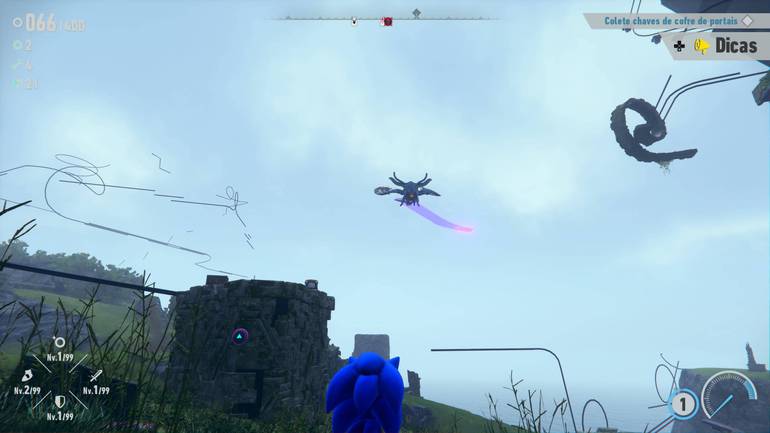 In order to enter cyberspace, you must fight bosses who destroy the mechanisms used to open portals. These boss fights are, oddly enough, really, really cool.

Sonic Frontiers combat brings an unprecedented proposition to a franchise that needs to be revisited. The skill tree worked well and it was fun to create combos with unlocked attacks.

If the enemies were a bit more difficult, even at higher levels, and had more responses to the player’s actions, the combat would be even better. I never thought there would be a Sonic game with boss markings all over the map, but I’m glad it did.

To be honest, I liked this model of traveling around the world and collecting items on the first island. I waited on the second island. I was already annoyed enough by the third. It’s good that the fourth island works differently. And the last one, although it works as well as the first one, seemed faster to me.

Despite the grueling model, Sonic Frontiers takes great care not to repeat stages in cyberspace or repeat platforming challenges in the open world. This makes the experience richer and more forgiving to players. Even the mini-games to unlock the map overview are very varied.

But the game is ugly 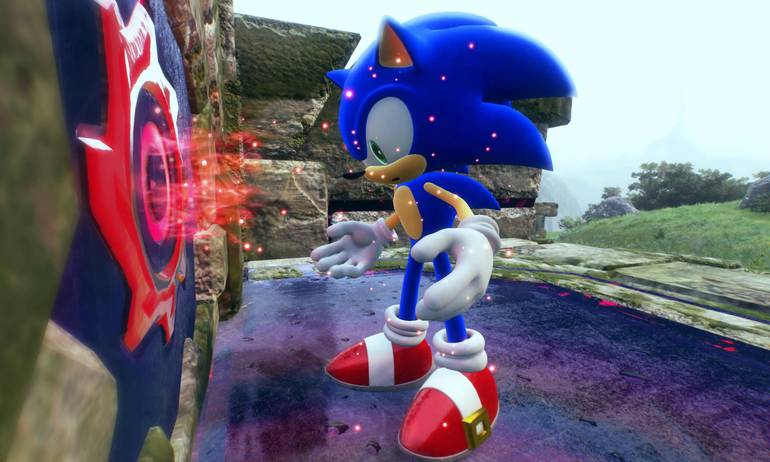 Despite my praise, I must admit that the acting in some scenes is very ugly. What a lady.

The 3D models of Sonic, his friends, and even Robotnik are very lifeless. In an effort to give Sonic more expression, Sonic Team, the team responsible for the game, decided to put a smile on his face… and it got really weird.

During gameplay, it doesn’t even seem like the level is that low. Well, the enemy designs aren’t very memorable, but the islands are nice. When it’s raining, for example, it’s fun to watch the water hit the trees and Sonic himself. There is a sense of calm that prompts contemplation, even if only for a short while. He knows? You keep playing that quiet music, watch the green scene, the water falls… then cutscene and Sonic comes in with his crooked smile.

Surprisingly, the story of Sonic Frontiers is very dramatic, and the CGs, if they were better, could convey much more intense feelings. When you really know Sage’s plight, when you discover the truth behind the coconuts… talk about them!

While our dear Sonic is exploring the Starfall Islands, he discovers stone animals called Cocos that look like Ken’s Rot: Bridge of Souls. They’re really cute, but… let’s just say they’re not quite what they seem. There’s a whole dramatic arc around these little animals that’s beautiful and so sad. He knows?

Although they are cute in the CG scenes, it would have been much better if all the characters were better represented. I don’t know if it was time, money, or both that was lacking… but the fact is that Sonic Frontiers would have felt more powerful if it had been more polished.

The balance is positive

At heart, Sonic Frontiers is the best Sonic I’ve come across. The classic offering of 2D games may seem the coolest in the minds of longtime fans, but that kind of experience just doesn’t work for me today. He knows? I even enjoyed seeing Sonic 3 and Sonic CD come to life in the Sonic Origins collection, but 2D platforming is something I don’t really care about these days. At least not in that format, because, for example, Donkey Kong, I still really like it.

Frontiers marks the rebirth of Sonic. There are ways to improve many of the ideas presented in the game, but overall I wouldn’t say the balance is negative, far from it. Open world Sonic is what I want for Sonic from now on. I just hope I’m not alone in this, because it’s hard to imagine Sonic Team surviving another flop. Well, the community and sales will tell you what will happen. 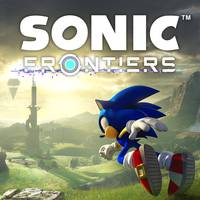