While the DualSense has recently been openly touted as the best console controller and is getting a premium version as well, PS5 gamers can still opt for a professional controller from other brands like Razer.

The company has just announced its new Wolverine V2 Pro controller, which is specially designed for use with Sony’s new console and which is also compatible with PCs. It has customizable keys, adaptable triggers, toggle analog sticks and more.

The Razer Edge 5G handheld console will come with an all-new Qualcomm chip
Razer has released the Leviathan V2 X, a soundbar with RGB and Bluetooth 5.0 support

The new Razer Wolverine V2 Pro was released by a company that focuses mainly on the most competitive and professional gamers. The head of Razer’s mobile and console division, Richard Hashim, talked a little about the advantages of the new accessory.

“The Razer Wolverine V2 Pro brings a new level of speed and precision to competitive gaming. It offers everything gamers are passionate about on console and PC to stay on top.”

Among the advantages of the Wolverine V2 Pro, for example, are the Razer Mecha-tactile action buttons, which activate in-game commands incredibly quickly, with only 0.65 mm of movement. Razer claims this means 35% less distance than standard mid-membrane controls. 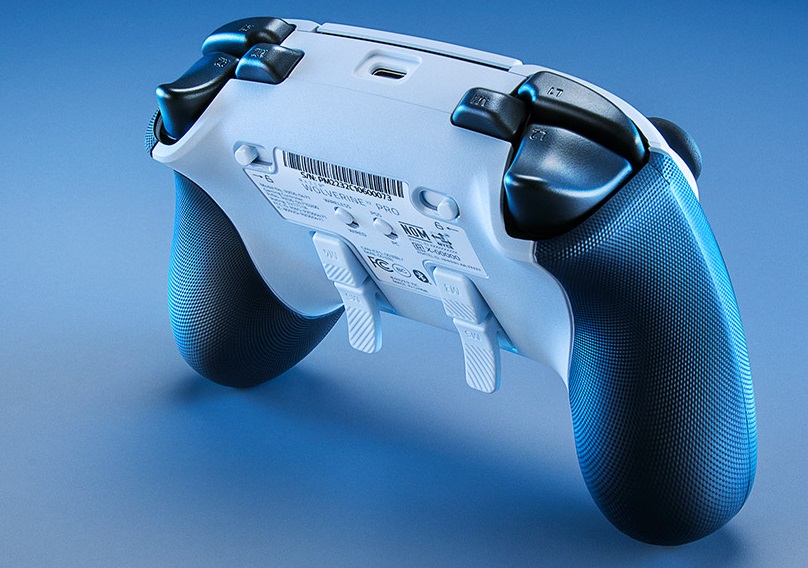 The d-pad and directional buttons offer 8 directions with quick tactile and audible feedback. “Feel and hear the click of each stick when the microswitches are activated, providing precise and targeted movement when performing complex combinations.”

The triggers also feature Hypertrigger technology, which can switch between long holds and quick, instant clicks for a quick response, comparable to using a gamer’s mouse for greater accuracy and speed, especially in shooting games.

For more customization, it has six redesigned buttons and interchangeable analog sticks. This way, 4 additional triggers and 2 more bumpers can be mapped to add each player’s preferred commands. 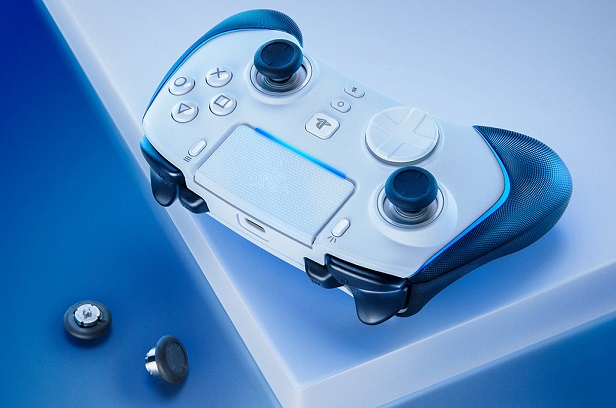 In addition, it comes with two additional skins for the analog sticks. One for offense, machine gun and rifle fire, which is a shorter and faster stick, and one for defense, sniper fire, which is a longer stick and more accurate.

To make the setup even nicer, it comes with Razer Chrome RGB LEDs that support 16.8 million colors for different lighting effects on the controller itself. All of this can be configured and controlled from your smartphone via the Razer Controller app, available for both Android and iOS.

The new Wolverine V2 Pro controller is now available for pre-order in the US and will launch internationally on December 31st. It’s not yet known if it will be released in Brazil that day, but the product is already on the watchlist on Razer’s national website.

The suggested price in the US is US$249, which translates to about R$1,335 in direct conversion.

What comes in the box: