The game, which combines heritage and folklore week programming, offers a fun and fictional journey through the history of immigration. 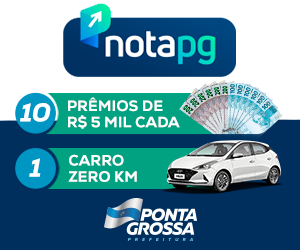 Together with the advisers – the educational center of the Museu Parque Histórico de Carambeí innovates and organizes an RPG table to make up the program of the week of heritage and folklore that will take place between August 23 and 27. The activity will be on August 27, at 14:00, intended for the public over the age of 10, registration will be on the day of the event, from 13:00, places are limited.

Educativo Proposition is a game that allows participants to travel into an unknown world as protagonists and their choices determine the outcome. The entertainment has a pedagogical character and was included in the actions carried out by the museum.

“RPG, from the English role-playing game, is a real-time role-playing game. In it, players take on the role of fictional characters and must make spontaneous decisions within the framework of the story told by the master,” Lucas Kugler, historian and coordinator of the educational center, explains how the game works.

For Heritage and Folklore Week, a special route has been created for the museum’s spontaneous audience who are fans of RPGs, or who want to participate and explore the game.

Coogler tells us how he built the version that will be on display at the historic park and that incorporates the theme developed during Remembrance Week. The story tells about the Dutch going from their homeland to Carambe, on the way they find folk characters and thus create their trajectory in the RPG. “Players will collectively participate in the construction of knowledge by experiencing certain historical contexts, such as the trajectory of Dutch immigration to Carambe in the early 20th century. XX. However, this adventure will feature elements of Dutch and Brazilian folklore throughout the storylines experienced by players, making the story even more fantastical and game-like.”

From August 23rd to 27th, it will be Carambey Historical Park Heritage and Folklore Week, during which time the museum will be free to visit. On August 27, from 14:00, an RPG table will be held, which will have only 8 seats, registration will be free and on time. Additional information by phone 42 98433 – 4639.