Nintendo held the next edition of the Indie World Showcase this Wednesday (11), featuring independent studio games on the Nintendo Switch.

In about 25 minutes, the presentation revealed titles from Eastern and Western teams making their debut on the hybrid platform. Among the highlights, Nintendo announced the arrival of the Farm Simulator Obolets For the second semester and the curious Another treasure trove of carbohydratesAt the bottom of the sea is like a soul that has a crab hero.

The adventure was developed by North American studio Aggro Crab Games, which in the past worked on another eccentric game that resembles the life of an intern. ᲩSinking. with Another treasure trove of carbohydratesThe studio promises to take on a soul-like genre from similar games Elden’s ringNew seas, creating a shell-like subspecies, play the English term shell.

Among the games that came out during this Wednesday’s Indie World Showcase show, Sound drop Is a fascinating dundun crawler that combines dundun search, action, robbery, and rhythm-based play.

Travel alone or with 4 friends locally or online game. During the journey, the closer the player moves to the pace of the soundtrack, the stronger the blow will be. 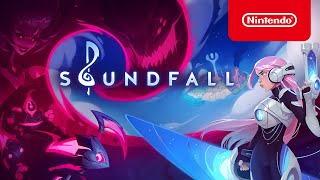 Publisher Devolver Digital also reviewed two upcoming games on the Nintendo Switch, along with other platforms. The first title displayed, from the creators Robot cat, he was Gunbrella, A curious action-adventure platformer whose protagonist uses an umbrella to move and shoot on a map. Rifle It will make its debut on the Nintendo Switch only in 2023.

There was another news The cult of the lamb, The buttocks crawling with lovely pets, demonic items, and magical powers. The adventure later this year was promised to the Nintendo Switch.

The long-awaited Hollow Knight: Silksong It was among the most talked about topics on Twitter in Brazil before the Nintendo show, but did not appear again this Wednesday.

The game, developed by Team Cherry, is a sequel to the acclaimed Hollow Knight And I have not heard anything since the announcement of Nintendo at E3 2019 presentation. 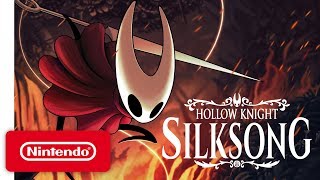