Some games create unfounded hope in players. Maybe it’s an ill-incentivized feeling of wanting to take a chance on something that blew you away before, but some re-releases or “enhanced versions” of games make you believe that this time will be different, if only. set you free in a new way.

This is the story behind METAL MAX Xeno Reborn. As the title itself suggests, it is a “reborn” version of the widely criticized Metal Max Xeno, an attempt to fix various problems in the game. It turns out that no matter how hard you try to fix something, it’s often impossible when it’s already fundamentally destroyed.

In this JRPG developed by Kadokawa Games and 24Frame, the player will find himself in the world that the name suggests. Lightly protected from potential trademark infringement, the protagonist of our story is one of the few survivors of humanity in a dystopian, desert-like version of Japan called Dystokio.

Here, humanity (almost) became extinct due to defeat in the fight against the environmental management system called Noah. This artificial intelligence was created with the intention of taking care of the world and trying to find ways to save the environment.

For somewhat obvious reasons, he comes to the conclusion that the real culprits behind all climate disasters are humans, and decides that the best way to solve this is to eradicate them from the face of the earth. The mission of Tallis, the main character, is to survive, and for that he will need to defeat a giant machine called Catastrophe.

And that’s basically the entire plot of the game. Tallis has his mechanical arm, a tank, a few allies, and (eventually) a dog at his disposal, and the entire narrative is basically just Tallis exploring the universe for more powerful weapons in the final battle to defeat the Catastrophe. 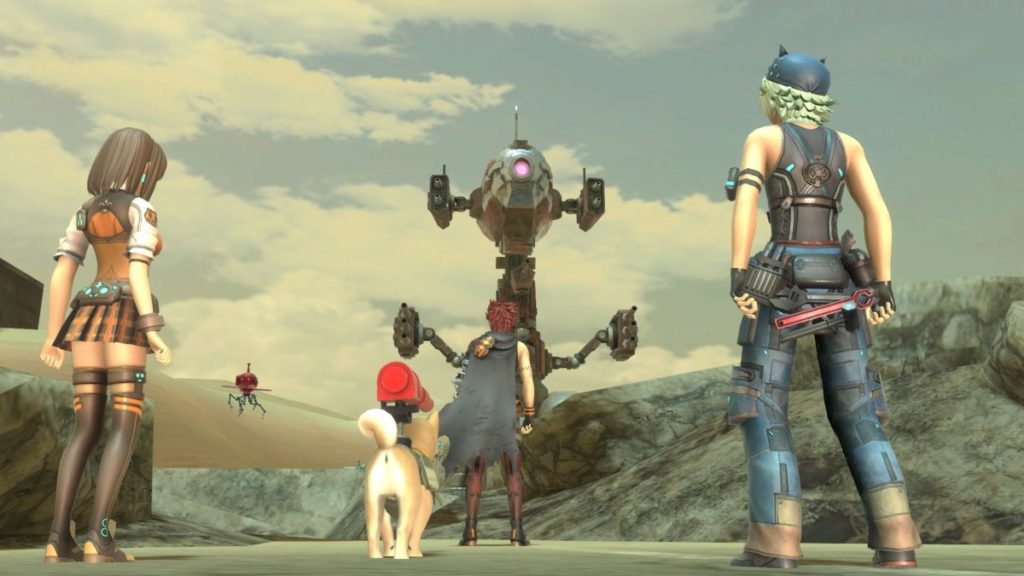 The saddest thing about it is that the world METAL MAX Xeno Reborn It has very interesting ideas and characters with a spark of personality and charisma, but it always manages to develop a point. At certain points it feels like the game wants you to build your own story, but the elements it gives you are so uninteresting that the player doesn’t have much desire or motivation to do so.

It’s almost impossible to imagine a 20+ hour JRPG going its entire length without a single emotional hook or plot or something that can hook you. It felt like someone had a really interesting idea for a game concept (and the series as a whole, really), but didn’t have the budget or idea of ​​how to turn it into something people would enjoy playing.

The game tries to differentiate itself with a good hint of humor, including a very creative “bad” ending, but something seems to be missing. And that’s not to say that Kadokawa doesn’t know how to handle flawed games, because this year we’ve had another one of his that’s pretty fun despite the serious problems the game has in Relayer. 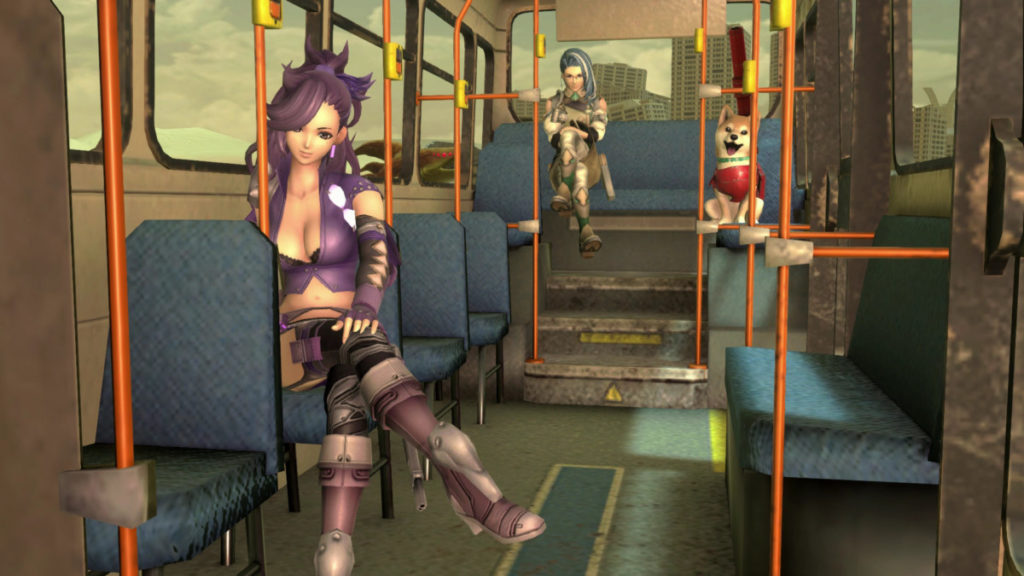 Despite all this, the story still manages to be less frustrating than the combat. As you explore the different maps of the game’s region (instead of an open world, it has a series of large interconnected areas), you’ll see enemies and can attack them with your weapons or your tank’s weapons. .

This naturally attracts the attention of enemies, and when the “danger” bar is full, the battle begins on the same screen. At first glance, the combat system is your typical turn-based JRPG, where each character has to wait for the action bar to fill up to attack, with the difference that you can freely move your character around in the meantime.

It’s honestly one of the most boring and tedious combat systems I’ve ever seen in my life. ATB systems, if used correctly, are some of the best combat systems in all of video gaming, but when they go wrong, as they do here, they can completely destroy any and all sense of fun you can get out of combat. 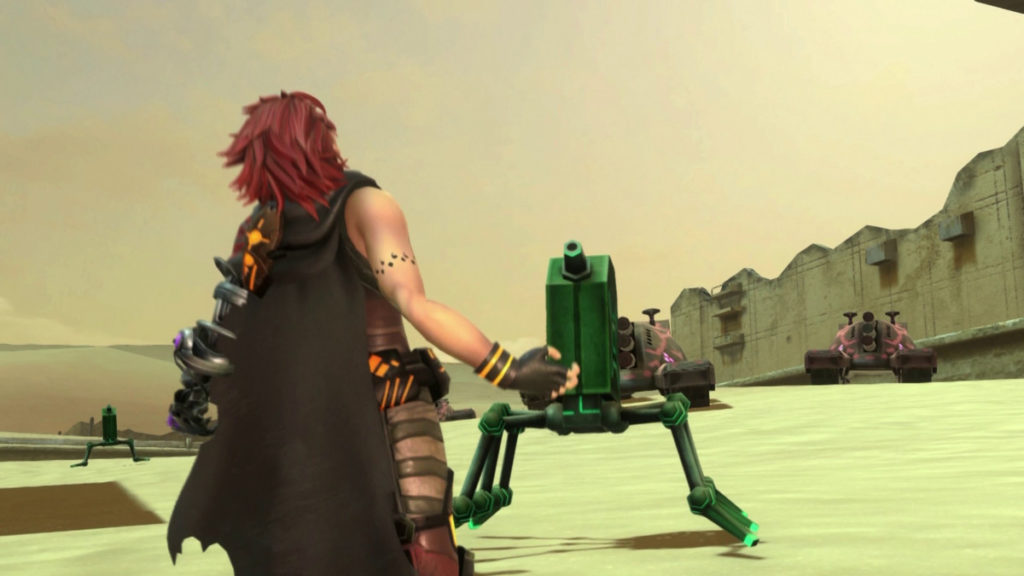 Even the movement of your characters seems like a pretty useless flourish, and is another way to try to differentiate this version of the original, which handled turn-based combat in a more traditional way. Add to that the fact that the hero’s and other party members’ skill trees and gear are pretty limited and uninteresting, and we have a recipe for failure.

Pooch, the mascot Shiba Inu of the franchise, tries to be the salvation of the fight, serves as another companion in the fight and like a good dog, he is always by your side. Unfortunately, you can’t control him directly, but there’s a good sense of humor to his abilities, and he’s definitely one of the game’s strengths.

Another positive point to mention is the versatility of customizing your tank. You can equip several different types of weapons simultaneously at different points on your tank, limited only by their weight and durability (which are often inversely proportional to each other). There are so many options that the game feels like you’d rather play with the tank than the characters themselves. 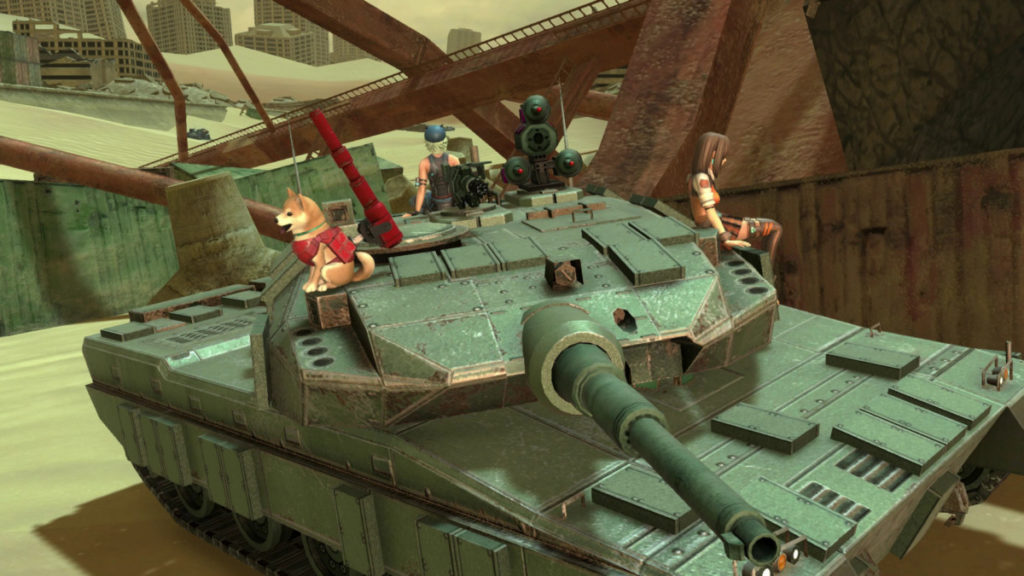 That said, technically and visually the game is still very limited. It is worth saying here METAL MAX Xeno Reborn Released in 2020 in Japan, it was an improved version of the 2018 title. Even with the improved framerate and more visual effects, it’s still pretty limited, with little praise for creative monster designs.

Another problem with the game is that the user interface and menus are very unintuitive. It works for the most part, but there’s a sense that there hasn’t been a lot of planning to get things organized for them in the fastest way to access them. The controls themselves work and once you get the hang of it, you can play, but it clearly needed an overhaul as well.

In general, it is difficult to understand what it is METAL MAX Xeno Reborn must be. Perhaps its greatest merit is being a dull and mediocre game rather than an objectively bad experience, but if your fate is to be forgotten like the extinct humans in Dystokyo, is there a purpose?

Game analyzed on PS5 with code provided by PQube.