Few Mortal Kombat settings are as easily recognizable as the iconic living forest that first appeared in the second game in the series. In addition to MKII, the forest of living trees also returned in Shaolin Monks, Mortal Kombat X, and other moments in the franchise.

One of the most striking features of the Living Forest is the appearance of smoke and jade behind the trees. This, in the 1990s, had millions of fans wondering about the possibility of two mystery characters – and they were, in fact. In fact, the two characters would make a forceful return in the next game, the late Mortal Kombat 3.

However, in this article we will not discuss the most obvious aspect of the scenario. Instead, we’ll introduce a curiosity about the trees themselves, often leading players to wonder if there’s a secret Fatality or something. Well, Mortal Kombat 2 didn’t have a themed ending in the setting, but it would be implemented in other titles, even as a puzzle mechanic in Shaolin Monks.

Take a close look at the faces we see on the living forest trees in Mortal Kombat 2. At first it might seem like they’re just generic shapes with no inspiration from real people, but as posted on The Gamer, Fandom of Mortal Kombat 2, and many other sites, these faces aren’t so random. 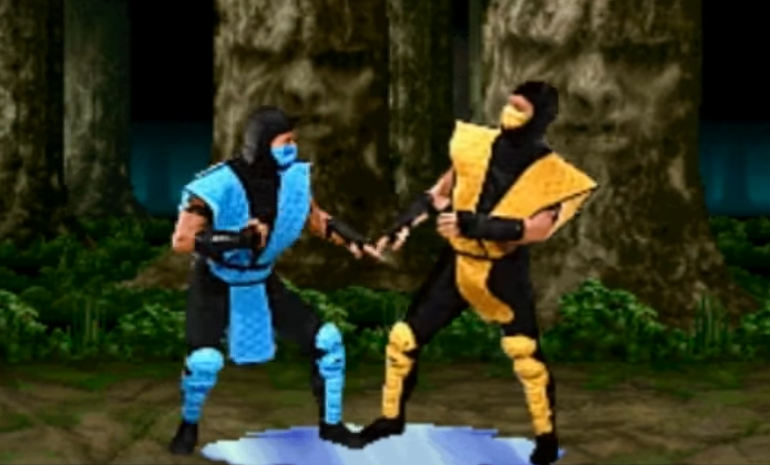 Live forest trees actually adorned Ed Boone’s face as a cue to give this striking effect to the landscape. Of course, the features of nature are not so noticeable, but he was inspired by the forest.

This wasn’t the only time that Boone was the model for the face of something in the game. After all, as you already know, Reiko’s face from Mortal Kombat 4 was also inspired by Ed Boone. Midway has never seemed to resist the temptation to stuff every game with as many references as possible – and fans will never complain about it.