Naoki Yoshida decided to open the gate this morning and spread a lot of information about Final Fantasy XVI. In an interview with IGN and GameSpot, he revealed that he did not create RPG as an open world game and talked about what the battle between the Eikons would be like – some of them controllable.

According to Yoshida, the installation model was selected based on the inspiration of many RPGs from many studies and the industry. The survey cited by the producer showed that young players have never played or have no interest in the franchise, so they decided to explore these newer AAAs in the genre.

However, in order to convey the story as if it encompasses the whole world and beyond, we decided to avoid an open world design that confines us to one space and instead focus on independent areas that make players feel better. On a truly “global” scale

As Square Enix announced, Final Fantasy XVI will have six different territories / regions. Therefore, the precondition for conflict between these nations seems to sustain a full-scale crisis, resulting in war between peoples and their icons.

The Icons are the famous calls of the series – Bahamas, Ifrit, Shiva, Phoenix and others – and in the narrative of this new edition they reside in the bodies of certain characters. Joshua, Clive Rossfield’s brother, the protagonist of the title, is the Phoenix Dominant of the Duchy of Rosaria.

In short, each country has dominant and different ways of dealing with them. It will be a source of controversy throughout Valisthea and of course, as we saw in the latest trailer, they are fighting a huge battle against each other. On the scale of these clashes, Yoshida made it clear that we would be able to control them at some point.

Eikons appear in many different situations and repetitions. There is no design concept that encompasses them all. Some will confront Clive as fierce enemies, while others will make friends and help. There will also be a time when the player will control the icon in real time, fighting other icons.

The producer bets on these epic moments as the “cake” of Final Fantasy XVI. He also added that the confrontation presented in Play State will not be one of the phases where we will have control over the Titans. While Shiva and Titan were embarrassed in the trailer, Clive took care of other environmental matters.

To improve, the gameplay features a variety of mechanics during the confrontation. “One such battle is like 3D shooters, the others are like wrestling, the battle with Titan unites the whole territory as a battlefield,” Yoshida explains. 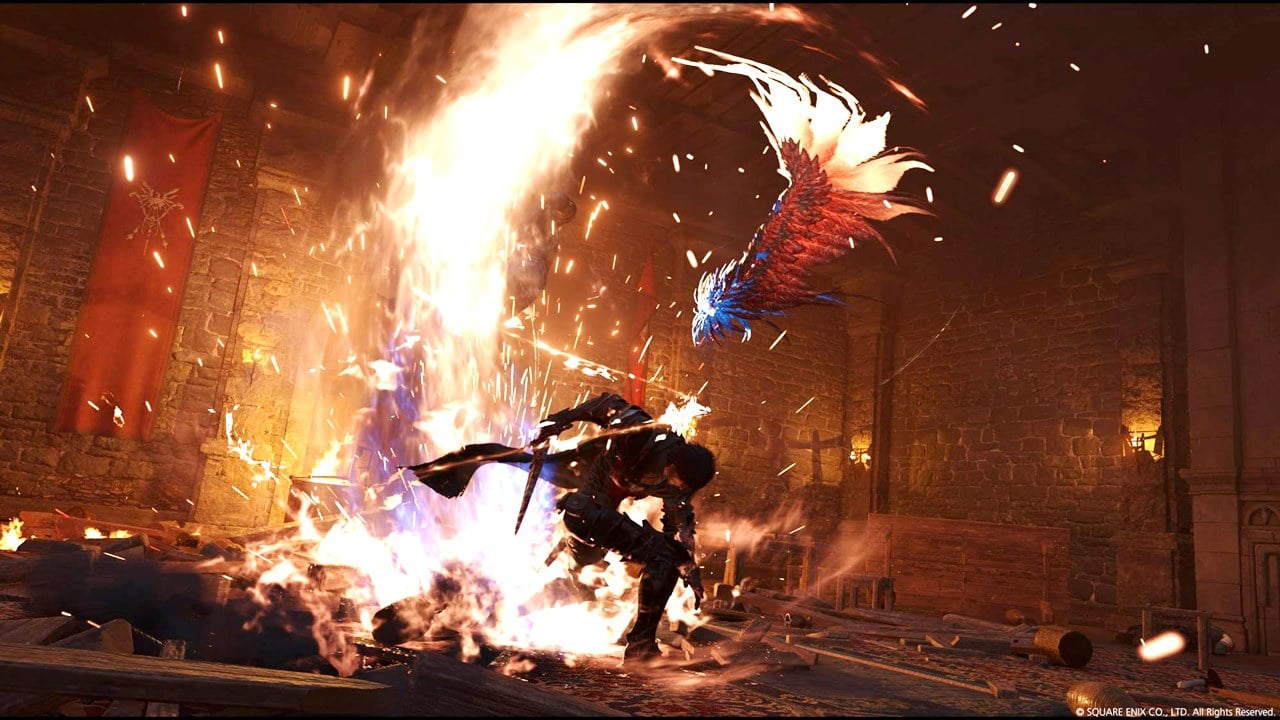 In an interview with Press Start, Yoshida revealed another important piece of information about playing with Claive in Final Fantasy XVI. He said that after fighting Eikon, the character will get new opportunities.

After requesting the power of the icon, Clive will be able to unlock the capabilities of this icon, which we can call the “skill tree”. Clive then earns points during regular battles and can be used to unlock even more skills in this tree.

With this system, Final Fantasy XVI will give players more freedom when choosing a game style. That way, everyone will have as much fun as they should in the RPG.

The title is already playable from beginning to end and has a large and experienced team that takes care of the last details. Now the main concern is polishing and duplicating in other languages.

The release of Final Fantasy XVI will take place in the winter of 2023.