There is nothing darker The Legend of Zelda: Breath of the Wild than guardians. Filmed by Malice of GanonGiant robots become real killing machines, chase Ბmul through the fields Hyrule. It’s no exaggeration to say that they make a footballer’s life hell – and so on fan In particular, it seems that he had so much anger that he decided to teach him different ways to kill the guards every day.

On Reddit, user /DonkeyKindly7310 Challenged himself to post tutorials on killing guards in Master Mode every day on his profile. In total, the player said he already has 16 videos planned and will continue to create and post them every day “until there are enough.”

In the early days he covered the most basic forms: the first video showed traditional sword attack techniques and using a shield to deflect blows – he used the weakest shield in the game, the wooden hat, but it’s still a trick. Most used against giant robots. The next day, the technique was to shoot an ancient arrow into the eye for an instant kill.

However, from the third day, things get more interesting. Using Stasis and the power of the metal box, just create enough kinetic energy to throw the Guardian – and in doing so, face a crazy glitch where the monster’s legs can’t keep up with its firing speed.

On the fifth day, the player taught the most common trick in community videos: shooting robots upwards using Cryonis for a slow, satisfying kill. They deserve it, let’s face it.

The funniest trick so far is the one posted on the 7th. To take out the giant robots, the player fires a series of weapons from his inventory at the monster’s face. It’s certainly a huge waste of resources, which is why the user warns, “If you’re sticking to your guns, don’t continue watching this video.”

While we’re on the subject of Guardians, check out this life-size cosplay of the deadly enemy — which was even part of the marriage proposal. Plus, watch an amazing animation of a college student inspired by Breath of the Wild. 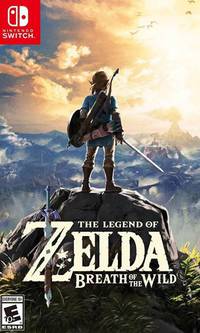