Franchise Disgea This is one that has long held a special place in my heart. He’s had a touch from the distant and humble days of the series’ debut on the PlayStation 2, when good strategy RPGs were much rarer to find, he’s established himself over time for various titles, and he knows how to use a good sense of humor. With an interesting narrative and addictive and challenging gameplay.

As a result, each new release in the franchise comes with a lot of anxiety and worry about what Nippon Ichi Software will come up with to keep it feeling fresh and new. After all, it’s already five major titles, and at some point the narrative of “a young man trying to find a way to defeat an evil master” can become tiresome or the jokes repetitive.

well Disgaea 6 Completefull version Disgaea 6: Defiance of Destiny, this is probably the exact point where it happened. Finally, after a year on PlayStation 4 and PlayStation 5 since the base game was released in the West only for the Nintendo Switch (the PS4 version remains a Japan exclusive), it’s strange to realize that despite the name, it’s the only perfect one we’ve got. has here is the pack with all the DLC.

Like its predecessor, it takes place in different versions of the Netherworld, where the protagonist, a teenage zombie named Zed, and his zombie dog named Cerberus embark on a journey to defeat the “God of Destruction”. Of course, Zed doesn’t have a noble purpose behind his journey, other than he believes it’s the only way to get his lost younger sister Bieko back.

It turns out that Zedd is very weak, and the only way he can muster enough power to defeat the God of Destruction is through a mysterious power called Super Reincarnation. That is, every time Zed fights God and loses, he is reincarnated but retains his memories and powers from his previous journey. By doing so, the game manages to place the player at a more advanced point in the hero’s journey, where he gets closer and closer to his goal.

This allows Zed to escape the fragile zombie stereotype, but without losing the joke that he is constantly dying and reincarnated in search of his purpose. It turns out that with each new defeat, Zedd is transported to a new netherworld, completely different from the previous one, where he meets new heroes and forms alliances that will help him in his mission.

Each of these characters has their own personality, role and charisma. Zed then meets the wealthy King Misador, the singer Melody, the superhero Pior, and the sorcerer Majolen, who each have their own interests in helping Zed, but the main goal is to stop the God of Destruction from ending their world.

Honestly, while each character is fun in their own right, they leave something to be desired. Maybe it stems from the franchise’s tradition of having secondary characters many times more charismatic than the hero, but something doesn’t “click” in the relationship between them. One of the most symptomatic points is that even the initial dialogues between Zed and Misador, which ends in the player’s interest in the second chapter. Things get better with time, but it’s necessary to take the time, which many players don’t have, until everything is in place.

And this is the biggest problem for me. While the game has good concepts and good ideas, such as the fact that the narrative is structured as if Zedd is “narrating” episodes of the TV series to Ivar, the master of his world, and the somewhat predictable but very well-executed half of it, it feels like Everything just doesn’t “fit” as it should, and that makes it fall short of the same level of quality that the franchise established as a base. 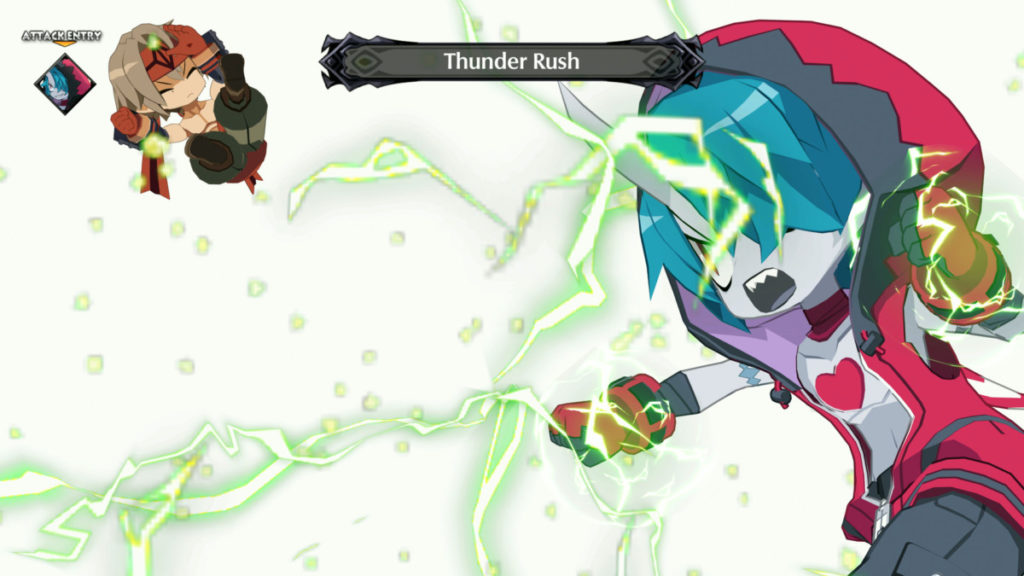 This seems to be the result of one of the most controversial and problematic decisions Disgea 6 Which is an attempt to appeal to new players and make everything “easy”. Structurally, there isn’t much difference in game mechanics than what it seems Disgaea 5: Alliance of VengeanceSave for some quality-of-life improvements like new shops and streamlined mechanics like Dark Assembly, so if you’re a series veteran, you know exactly what you’ll find here.

Combat continues by moving characters around the grid, the player taking turns to do whatever he wants with his characters and then taking turns with his enemies. Mechanics like stacking towers and shooting allies to reach further areas, geopanels, combos and everything else are back naturally.

Tactical and movement capabilities continue to be one of the series’ big draws, and D6 leaves nothing to be desired at this point. By focusing heavily on grinding and keeping your numbers high, you’ll quickly get used to the mechanics and soon find several ways to use them to turn the fight in your favor. 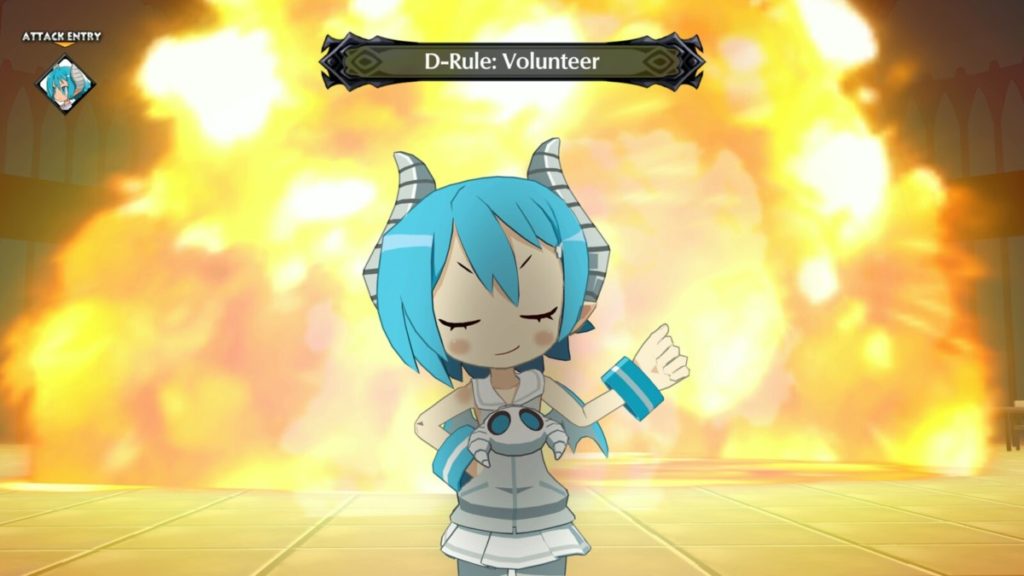 However, wanting to make combat more accessible backfired and revealed one of my biggest problems with the game. It could be Disgea With the worst AI and thus the easiest combat I’ve ever played. It’s shocking how powerful enemies and even bosses put themselves in vulnerable situations to give you a chance to create bigger combos and therefore rack up big numbers.

With that, you get the feeling that the franchise has lost track of what made it captivate fans for nearly 20 years. This is noticeable by the fact that the game already starts with each attack doing tens of thousands of points of damage, making the 99,999,999 level cap and trillions of damage seem more silly than the number that progresses through your efforts. And rewards him for the absurdity of the franchise.

This generated a lot of interest in character progression and the game itself. When you get through the levels at a much faster pace than before, everything seems to lose its impact and just random numbers appear on the screen without the sense of reward that should come with them. 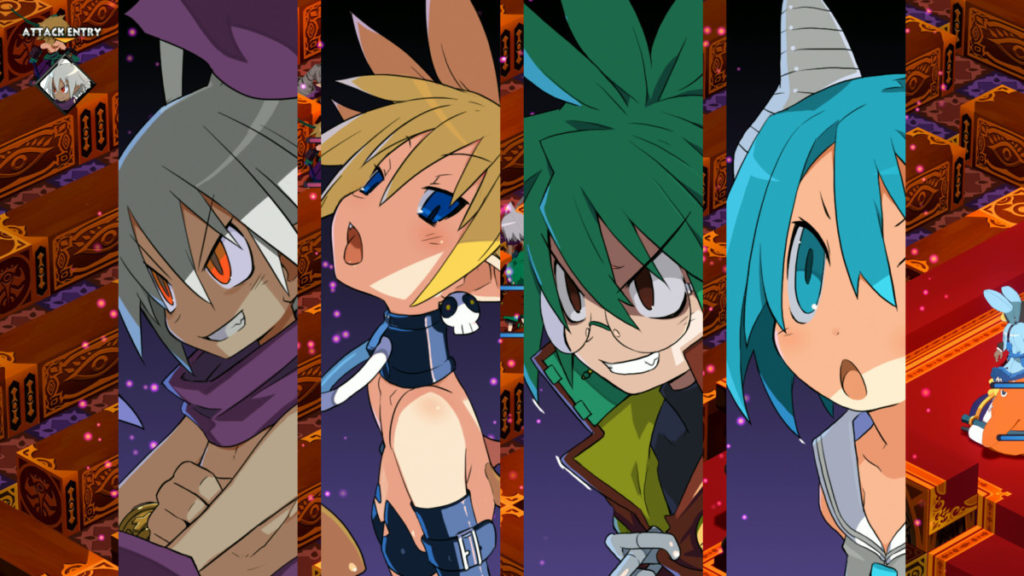 Consequently, it affects other aspects of the game. A lot of the cool innovations and new features that have been introduced in recent games like Squads and Evilities are pretty cool and necessary, but you get so caught up in it that they don’t feel necessary to advance the main campaign. And it will eventually even affect the game’s big news, which is Super Reincarnation.

Based on the magic that Zed uses to stay alive despite his many defeats against the God of Destruction, this is a way to bring your character back to level 1, but starting with your strongest base stats and all evil. And with the skills you already had and therefore , become stronger than the level you were before. Along with it, you also gain karma, which can be used to improve stats and skills that normally don’t level up, making you a better fighter.

Again, this is something you shouldn’t need to explore the main campaign, but if you really want to dive into the game and explore everything it has to offer, such as the Item World. This remains the hardest part of the game and where you will spend several tens of hours if you want to see everything the game has to offer. 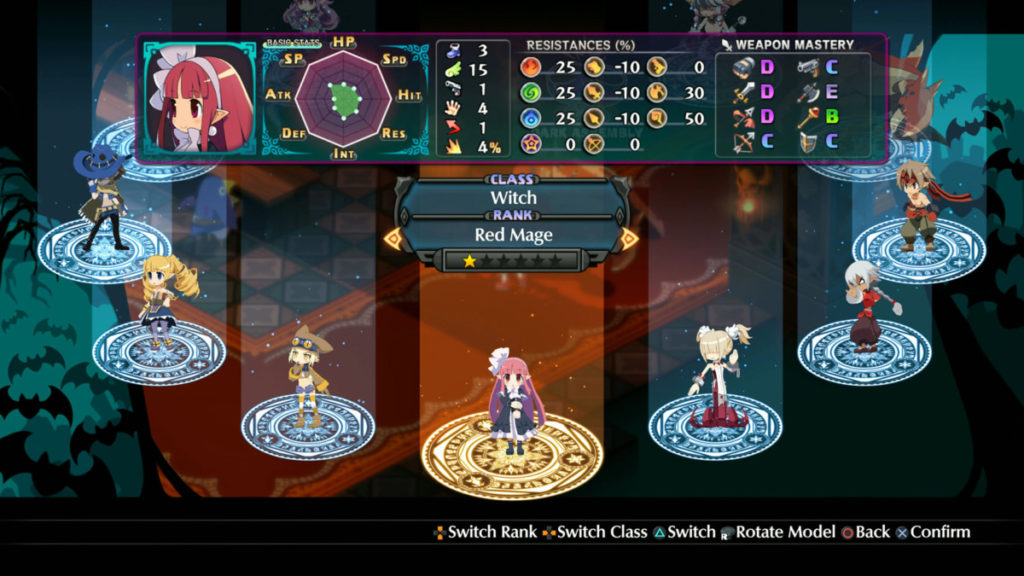 When all of this is weighed, one thing that stands out is the care taken to simplify and improve the quality of life for players, especially given the recent re-releases. The menus are clearer, everything is easier to explore, the addition of things like Research Squads (groups of allies sent to explore the world of things and collect items), Juice Bar (where you can level up your characters using special drinks. Share EXP) and auto-battle and high Even the speed mods are welcome, but they ultimately affect the essence of the series.

Disgea It’s always been a franchise that, behind its light and fun tone, brought a very challenging gameplay that rarely matched the genre because of how much it pushes you to win and dominate certain battles. Disgea 6 It goes in a completely different direction, making everything so simple and easy to make the series more appealing to less experienced players of the genre, which ends up alienating its captive audience.

And it’s such a persistent mistake among Japanese developers that it almost feels like NIS is going back to something that bigger publishers realized didn’t work two generations ago. And, I don’t want to brag or anything like that, but it ends up that even slightly more experienced players with a franchise or genre feel what is the biggest sin a game can commit: boredom. 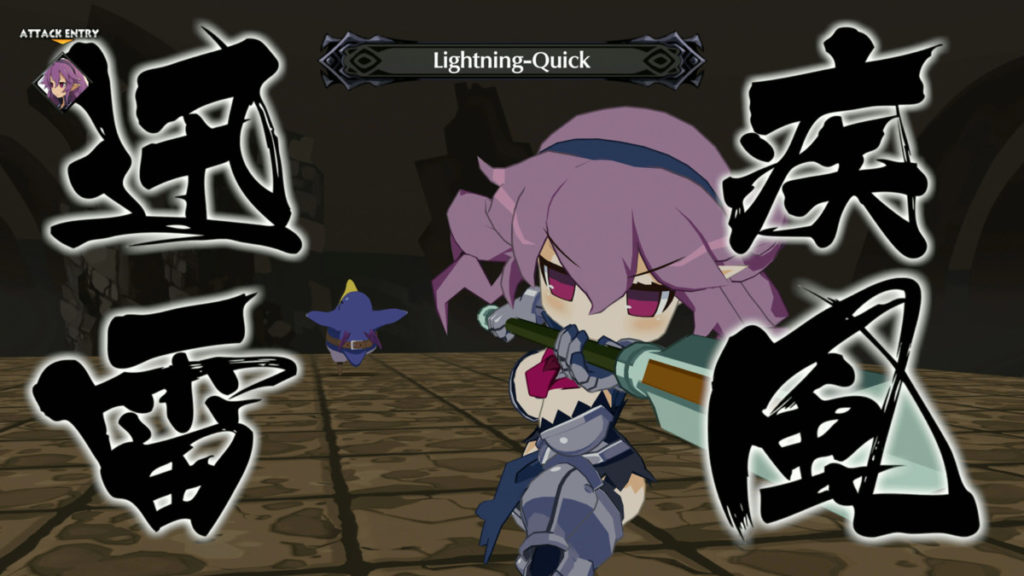 Whenever Disgea 6 It was announced that the most controversial seemed to be adopting 3D models and thus abandoning the 2D art that made the franchise so popular. Although they are not the prettiest, they are decent enough and easy to get used to. Even seeing characters from previous games that had paid DLC in the original version but are here at no extra cost may seem strange at first, but it’s easy to adapt to over time.

And in general, this is what seduces me the most about it. The package is still exactly what I want and expect from a game in the franchise, with the same good humor, the same combat style, the beauty of the environments, and the same care taken with the soundtrack. And I had a lot of fun with the game, albeit at a lower dose than I expected when I started.

But this is where Zed’s choice of a zombie as a hero seems most appropriate to me. like her Disgaea 6 Complete He is like a mere reanimated body, clinging to the remnants of a previous existence, to a better time when he had more life. It’s a title that lives up to the name it bears for the most part, but is clearly missing an important piece: its soul.

The game is analyzed on PS5 with code provided by NIS America.