Like it or not, Diablo Immortal is among the hit mobile games. Despite several controversies related to its director and aggressive monetization systems, the game has been one of the top-grossing games on Google’s Play Store and Apple’s App Store since its launch.

Perhaps one of the answers to Diablo Immortal’s success is that most mobile players aren’t affected by the news, or that the ecosystem is so embedded in the platform that it doesn’t really affect users – the cost of having a max-level hero. It can reach 520 thousand R$. But on PC it’s a different story.

THE The latest update on Diablo IV development Confirms this and emphasizes that this time the microtransaction system will not affect your character’s power and will not give any advantage to those who buy battle passes or other money-related items.

Blizzard has always brought news about how the game is going every three months and always brought great news. So was the Necromancer, the PVP system and many other innovations to keep the game alive in the player’s mind.

Diablo IV director Joe Shelley talked about how he views character balance, seasonal events, and the importance of player feedback. But what caught my attention most was the careful choice of words he used to talk about microtransactions, battle passes, and the in-game store, always emphasizing the mantra “nothing offered in the store directly or indirectly benefits the game.” 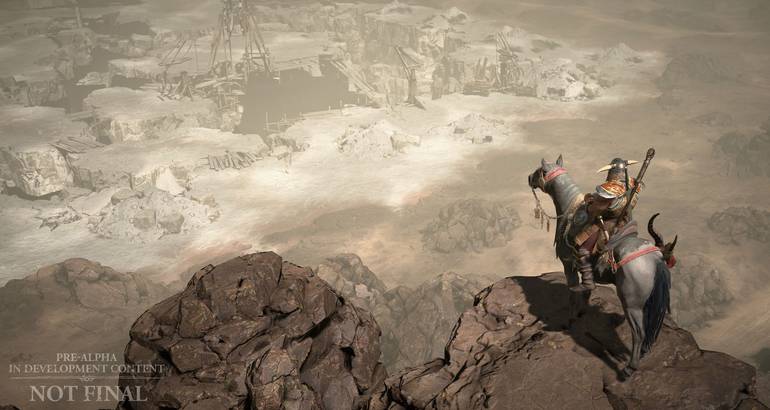 Pay attention to this part, because unlike Immortals director Wyatt Cheng, Shelly says in all letters that nothing that can be bought with real money will affect the player’s power inside the shop – or almost nothing, but you got that part.

Cheng has already promised to do so, and when he was accused by the players, he shrugged it off and said he was misunderstood. However, that’s exactly what Shelly wrote in yesterday’s update, and I’ll copy again the “nothing offered in the store gives direct or indirect gameplay advantage”.

Shell also says battle pass rewards, just like in Fortnite, Apex Legends and Call of Duty Warzone. “Premium tier rewards, on the other hand, focus on aesthetics, offering high value in the form of premium cosmetics and coins.”

However, something was almost overlooked as the battle pass will offer “a season lover can accelerate XP gain, accelerate the leveling of several characters in a season”. The difference is that this bonus will be in a free pass, according to Shelly.

As Diablo III veterans know, after a certain point players reach level 60 and after that they gain paragon levels and these levels give players additional attributes like strength, max health, movement speed, etc. does

I emphasize this part because who knows when Diablo IV arrives, the brilliance system is coming back and it might be even more impactful than it was in Diablo III. Let’s see what the future will be like.

The truth is, if everything goes the way Shelley says, Diablo IV wants to avoid being compared to Immortal as much as possible in terms of in-game transactions. It went down so badly with the mobile game that the game became the worst rated game in the series on Metacritic, and bringing that bad reputation to the franchise’s flagship game is something Blizzard really doesn’t want.

At least I hope so.