Call of Duty: Warzone 2.0 was one of the highlights of Call of Duty Next. In addition to showing gameplay, Activision has released a trailer for the new version of the battle royale game and confirmed a November 16 release date.

The company made good on its promise to debut the game by 2022, and soon the public will be able to join in on the action and take advantage of all the announced improvements. The title will have versions for PlayStation, Xbox and PC.

Check out the Warzone 2.0 trailer below:

As you can see, Activision has implemented several improvements. The gameplay will look very different when players are submerged, and this will affect the vehicles as well – and water was an important part of the production phase, according to the developers.

Another standout feature of Warzone 2.0, which will also be part of Modern Warfare 2, is the ability to hang from structures and aim at opponents. In addition, new animations for throwing obstacles and windows will help players move around scenarios.

Another confirmation, previously speculated by various industry sources, is the presence of DMZ mode at launch. Players will be able to choose how to enjoy the mode, whether it’s exploring Al Mazra or completing various missions on the map.

Al Mazrah is a new map in Warzone 2.0

Using the water combat mechanics implemented by Activision, the new map called Al Mazrah (previously promoted by Tom Henderson) will have some interesting points where this will be explored very well. 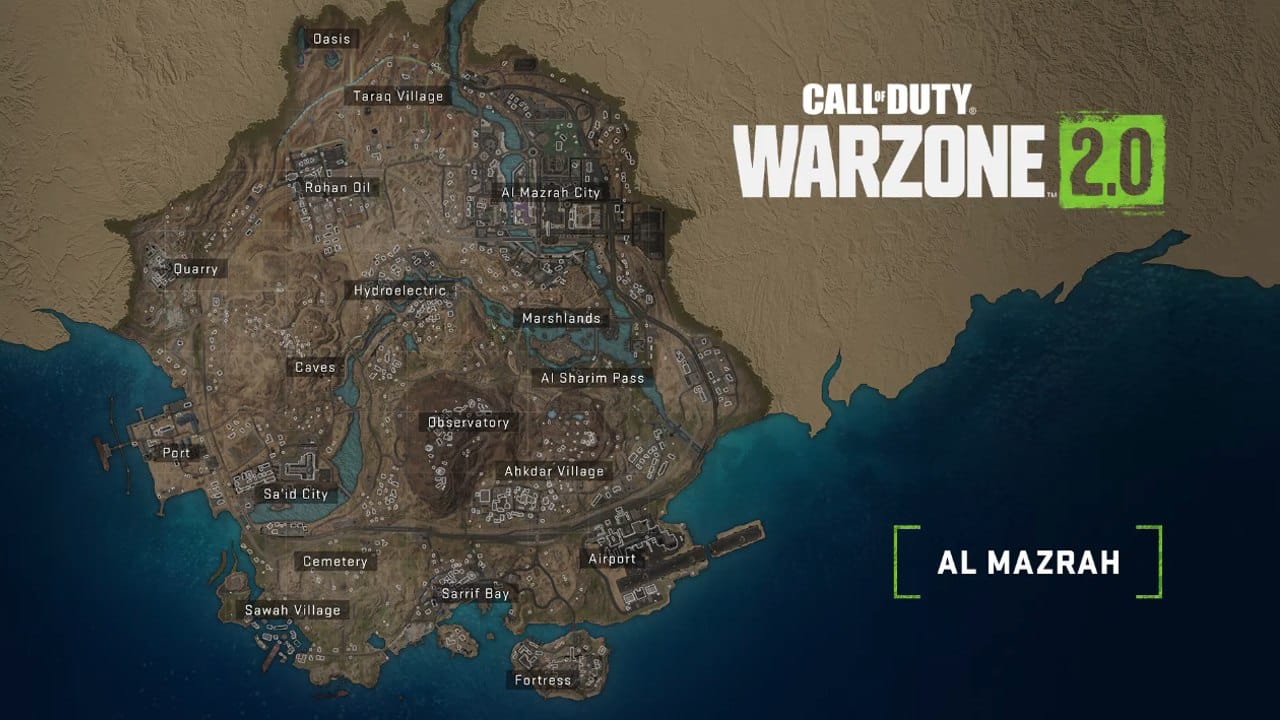 Also, Warzone 2.0 will have a new Multi-Circle lock. How will this work? To make things even more fun, there will be three circles that will merge at some point in the game.

Interesting points will be further elaborated. Healing equipment, for example, is more easily found in bathrooms.

Gulag in Warzone 2.0 will put you to work with the enemy. You can’t survive Battle Royale purgatory alone, and soon after joining forces with another player and returning, they’ll be enemies again in Al Mazra.

Ghost of Tsushima in Warzone 2.0?

Activision in partnership with PlayStation showed one of the content prepared for PS4 and PS5 players. The Oni operator will be playable in Warzone 2.0 and Modern Warfare 2. Watch the trailer: