It is no exaggeration to say that when it was released in 1997, Final Fantasy VII was revolutionary, influencing countless other games and helping to shape the future of the gaming industry itself. There are several reasons: an unforgettable story, charismatic characters, a rich world, 3D graphics (for the first time in the franchise) and cinematic scenes that took the gamers’ breath away.

With that in mind, we decided to take a look at some obscure trivia about the original game that even now, after all this time, you might not know! Check:

1 – Would Sephiroth and Aerith be brothers?

You may have already noticed that, especially in the original game, Aerith and Sephiroth look quite similar, with similar hair and eyes. This is not a coincidence. According to the book Final Fantasy 7 Ultimania Omega, which chronicles the development of the game with trivia and interviews with the creators, the two characters were originally supposed to be brothers. This later changed, with the villain becoming the hero’s boyfriend – a role that eventually fell to Zack, who was introduced late into the title’s production.

2 – Only three characters would survive to the end 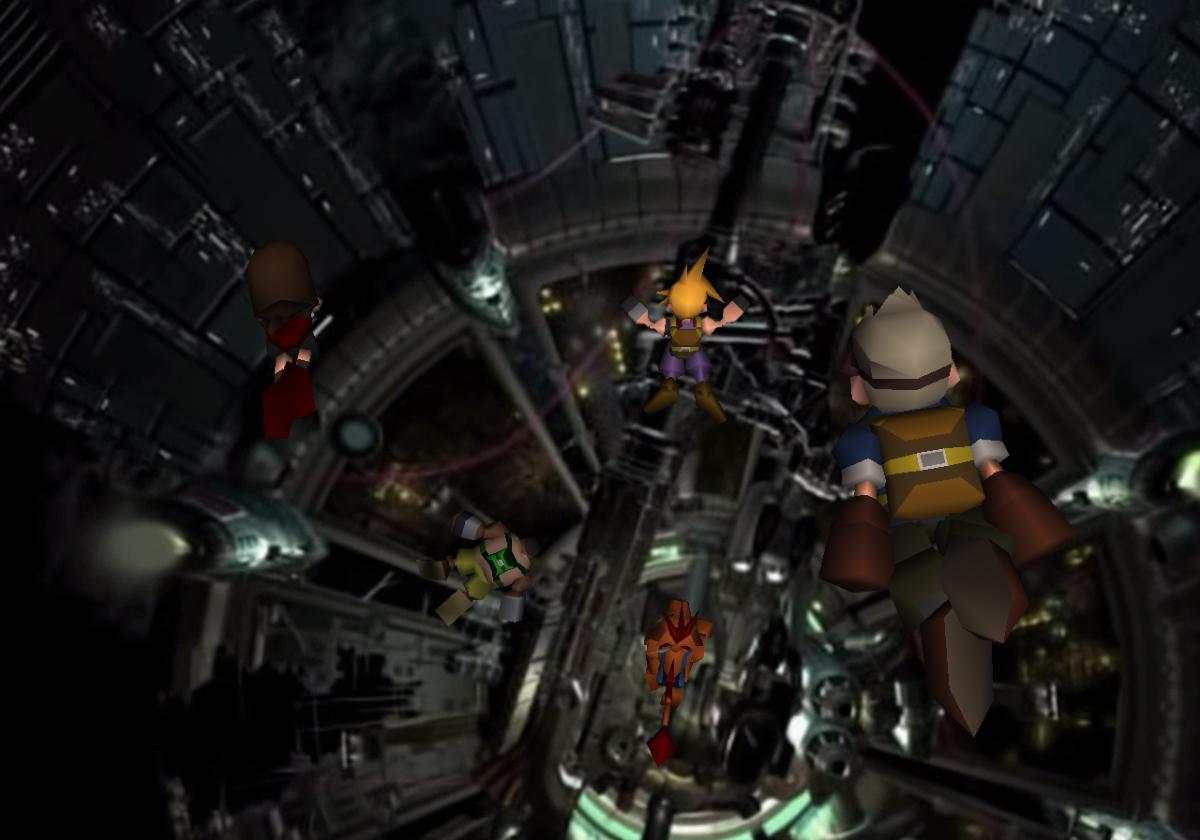 Today, Aerith’s death is well known and still mourned by the gaming community. How dare Sephiroth kill such a pure and charismatic girl? The truth is, things could have been a lot worse, as the developers originally intended to kill off all but three of the characters – who the player would choose near the end when Cloud’s team landed in Midgar. Parachute. Everyone else would die in the fall. Imagine living with this weight on your conscience. 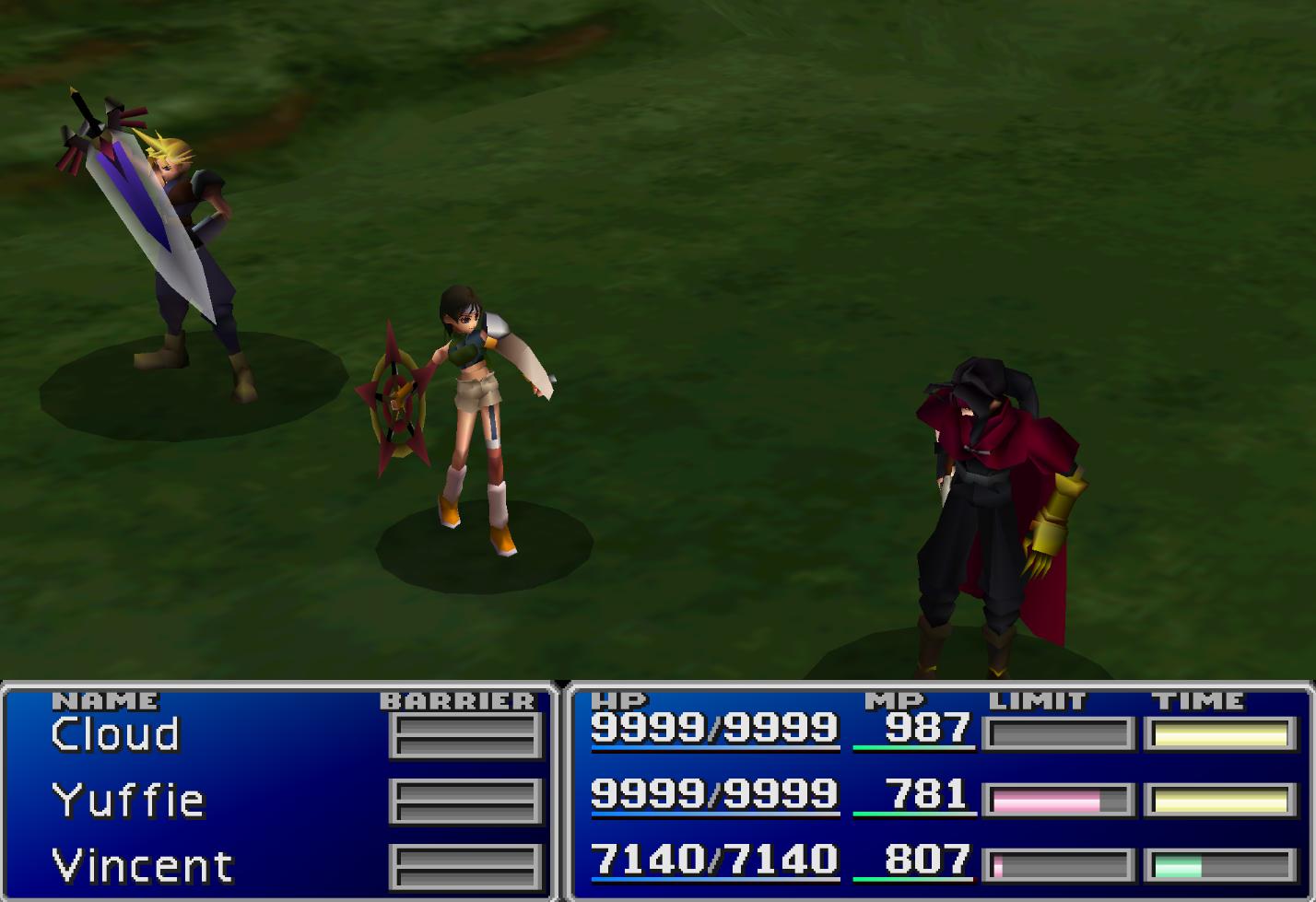 The young ninja Yufi Kisaragi and the mysterious Vincent Valentine are two of the most popular characters in the title, although both are optional in the adventure. So it was surprising to learn that these two were very close to being dropped from the title altogether. in the sign Final Fantasy 7 10th Anniversary UltimaniaDesigner Tetsuya Nomura reveals that due to a lack of time, the team considered leaving the project. In the end, the developers were able to keep them, provided that they would be optional, as they would not need to be written into the main story or included in the cinematic scenes, which would ensure that the production was completed on schedule.

4 – Yuff would be a former soldier hunter 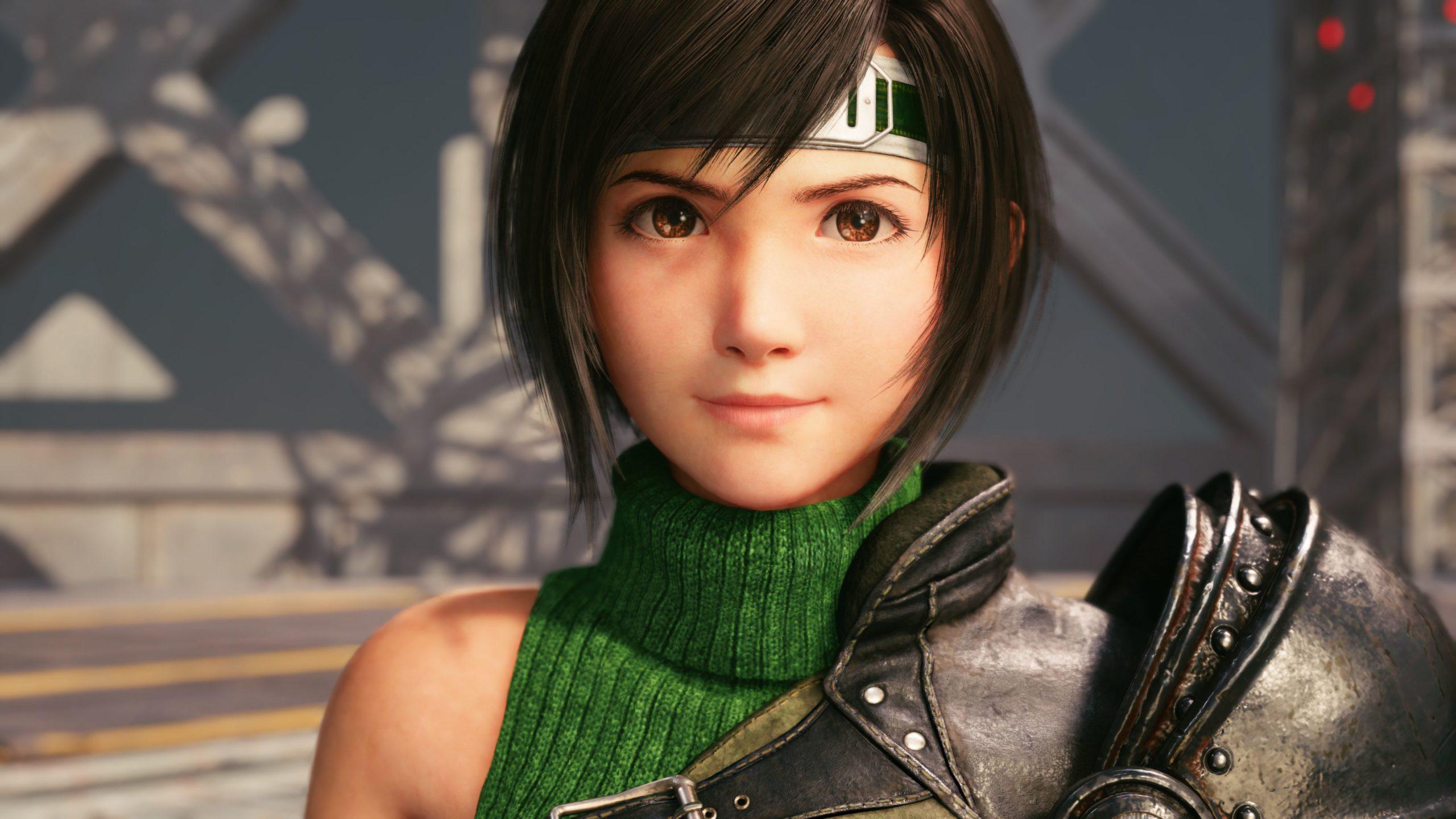 Speaking of Yuff, he was almost completely different. Originally, he would be 25 years old, dressed in red and a former soldier who becomes a bounty hunter and goes in search of Cloud and Sephiroth to eliminate them. Recruiting him would also be an interesting task: players would find two Yuff posters with different appearances, each with different attributes. The final interlocking poster determines which version of the character joins the team. 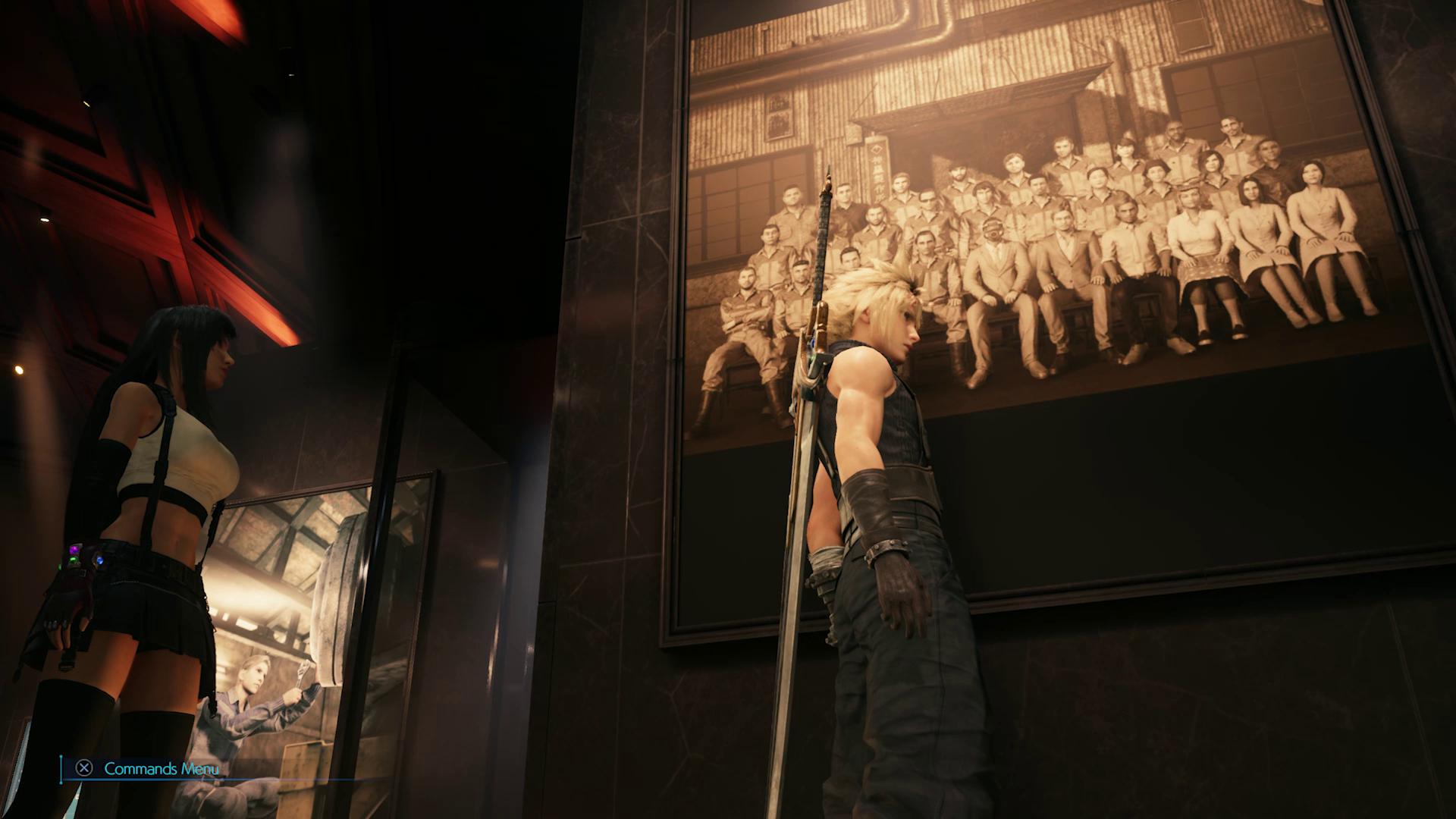 This is a rumor that has been circulating since 2003, with the release Final Fantasy X-2which introduces the character Shinra – an obvious reference to the company FF7. in the sign Ultimania OmegaCharacter creator Kazushige Nojima explains that Rin would later fund Shinra’s project to extract energy from the Farplane, but the project failed. A thousand years later, when space travel became possible, their descendants traveled to Spira Gaea, where they founded the Shinra Electric Power Company, which derives its energy from the Lifestream. Although the connections between the two games are only subtly hinted at, in Final Fantasy 7 RemakeA painting in the company’s museum (see above) shows a photo with employees and one person wearing a very similar Shinra mask. FFX-2.

6 – Originally, the game was going to be made for the Super Nintendo 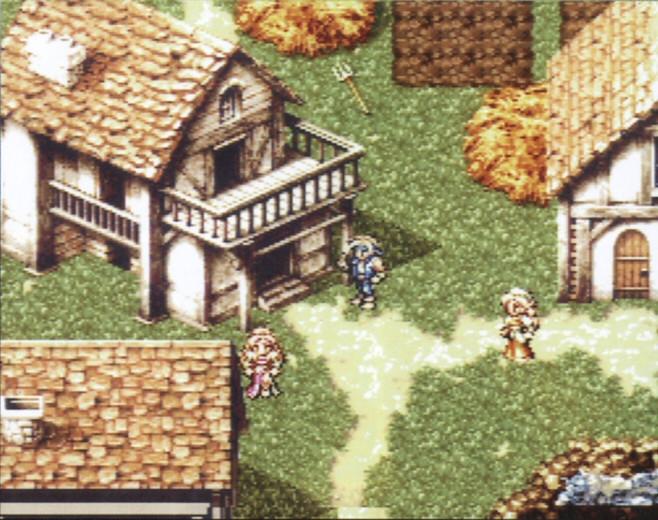 Although the title marked the series’ debut in 3D, the project was originally supposed to be made for the Super Nintendo, and there’s even an image of that prototype (above). in an interview given to polygonDirector Yoshinori Kitase explains that the transition to 3D was still unclear in the early stages of development. “[O criador da franquia Hironobu] Sakaguchi was particularly fond of pixel art, so we debated a lot whether we should continue in 2D,” he explained. At that time Squaresoft was also working Chrono Trigger, which was a priority, and the development team completed the migration to this project. Finally, the concept FF7 It was briefly ported to the Nintendo 64 and finally to the original PlayStation, where it was drastically changed. 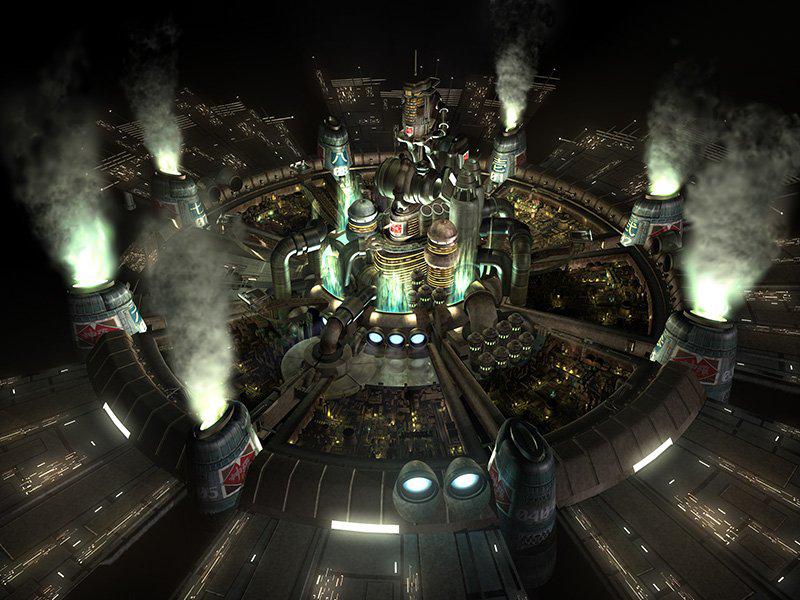 How much has the design changed? A lot! Sakaguchi’s original story had quite different points while using similar themes. To begin with, it will be a detective story in New York. “There was an organization trying to destroy the Mako reactors, and a character named Detective Joe was investigating them,” Tetsuya Nomura explained in the same interview. “One of the members of this organization that tried to destroy the reactors was the prototype for Cloud,” he says. It’s entirely possible that some of the original concept influenced another RPG in town: Parasite EveIt was released years later by Squaresoft.

Is that you? Did you know all these trivia about one of the greatest classics of Eastern RPG? Share on social media by commenting and following voxel For news about the franchise and, of course, future titles spanning the universe Final Fantasy VII.