Stray has already become known as the “cat game” and has been successful since its launch on July 19, 2022. Although the initial idea seems simple, the fact that the player controls a kitten is one of the points. High levels of play.

Today we are going to collect 10 facts about Stray that not many people know and which will surely make you love the game even more.

For those who still don’t know or want to know a little more about the game, it was developed by BlueTwelve Studio and released on July 19, 2022. It is currently playable on both PC and Sony’s PlayStation consoles. 4 and PlayStation 5.

It became a “cat game” only because the premise is to control a kitten that must survive in a cyberpunk setting with a post-apocalyptic feel. His main mission is to find his family again after they are separated by an accident where the main character falls while crossing and appears in the city.

One of the highlights of the game is undoubtedly the movements of the main character, because the player feels that he is actually controlling a real cat, they are so realistic. Of course, other characters also capture the players during the adventure.

But today we’re going to focus on fun facts about the development of the game and how it’s been doing since its launch. Check out 10 very interesting facts about Stray. 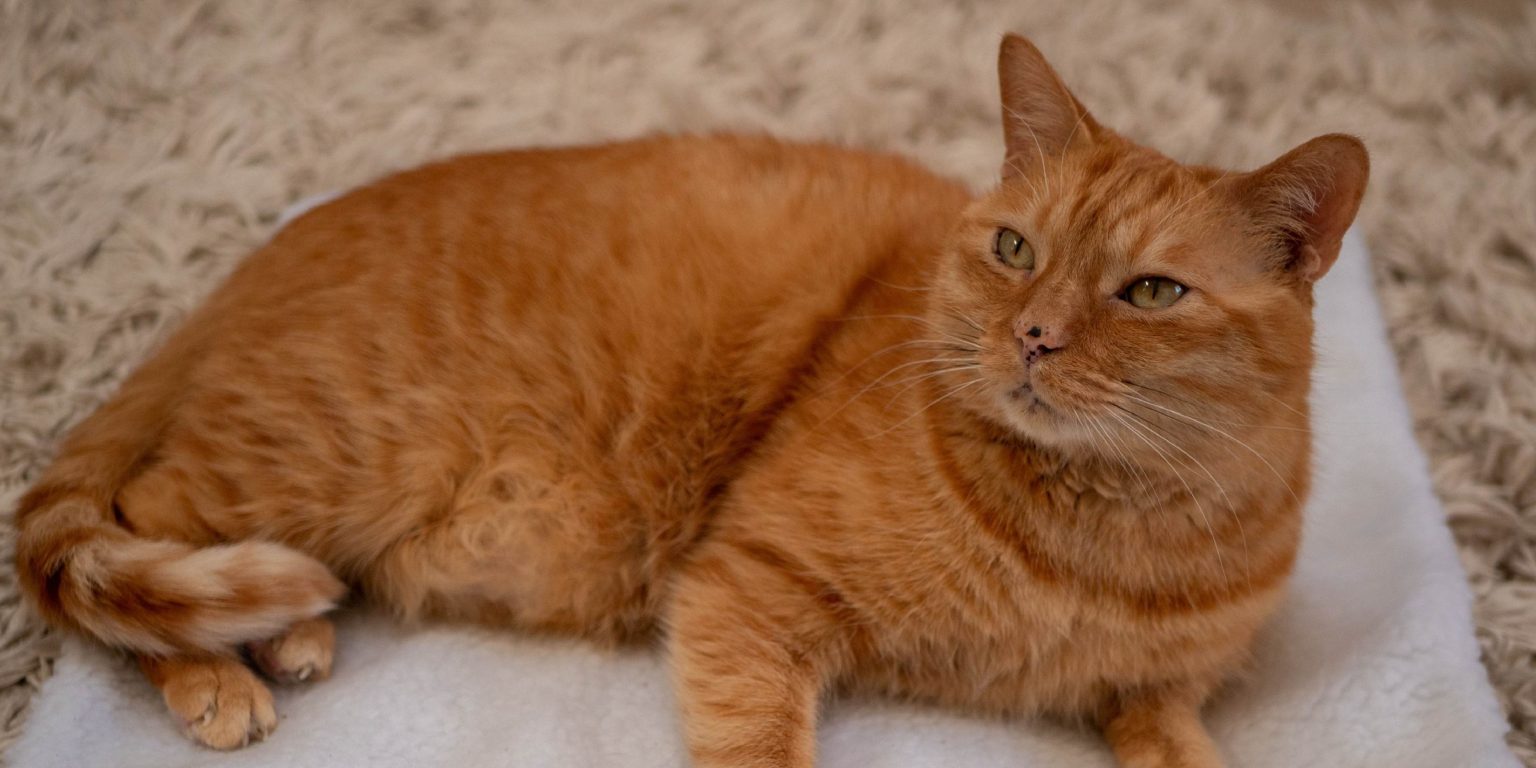 One of the biggest curiosities of the game is that the adorable protagonist was actually inspired by a real kitten. His name is Murtaugh and he is the pet of the co-founders of BlueTwelve studio. The main inspiration in this case was the look with red hair and dark lines.

Murtaugh was found by Viv and Kula on the streets of France, in the city of Montpellier, more specifically, under a car. Then they took him home and went from a stray kitten to a kitten with a fairly comfortable life.

According to a post by the PlayStation teams on their blog, they stated that “Stray’s main character doesn’t have a name or at least a name that can be spoken in human language. That said, the main source of inspiration for this adorable video game character is one of them. 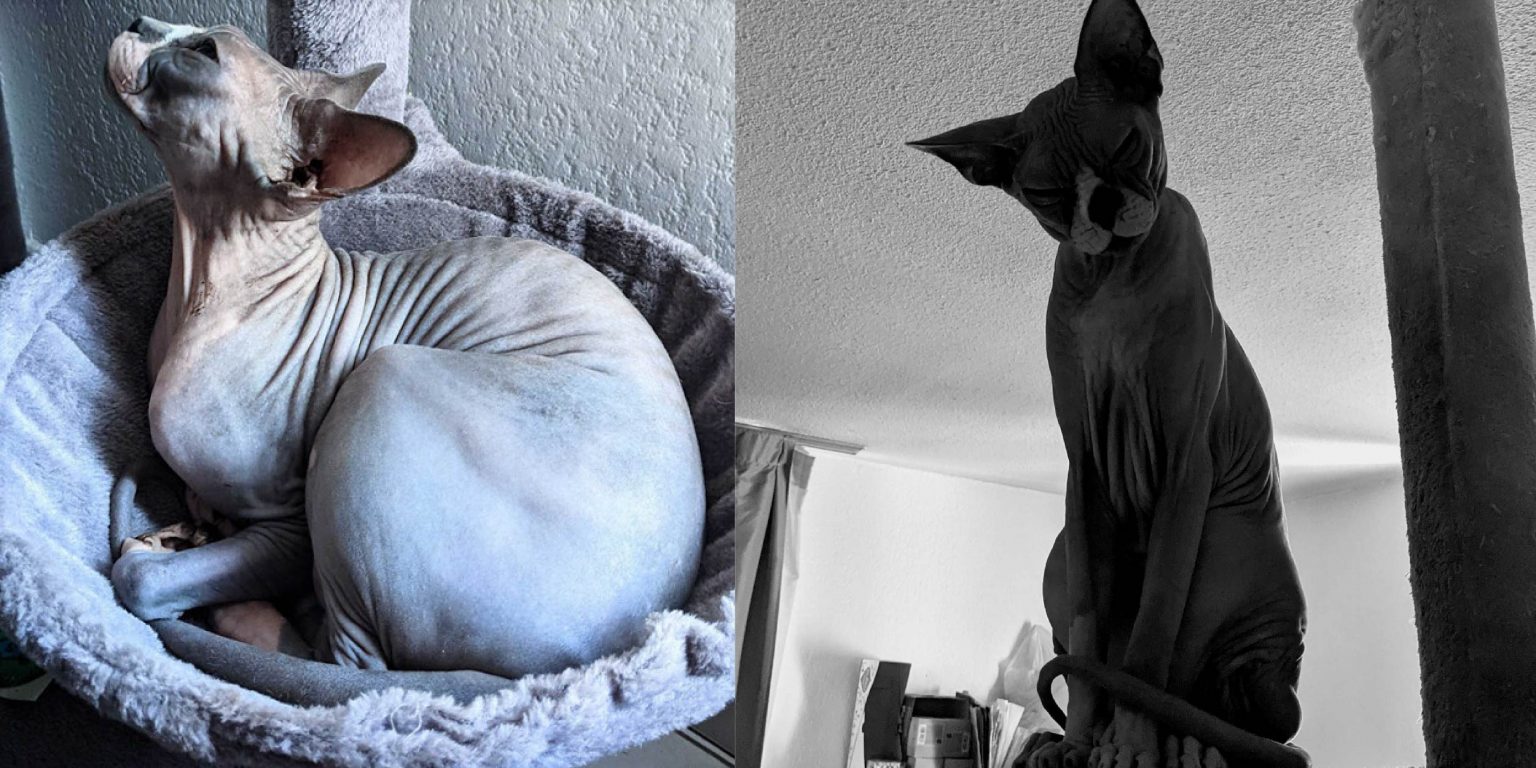 Murtaugh may have been the main inspiration for the main character’s look, but in terms of moves, the game had a more distinct look. The highlight is Oscar, a sphynx kitten who is actually an actor! He was brought to the studio almost every day to inspire the team with his movements, especially Miko, who was responsible for animating the game’s protagonist.

Another kitty who was also involved in the production of the game and helping the team was June, who was always there to inspire the staff. According to the post, he was “responsible for monitoring the team’s efforts on a daily basis and making sure everyone was working on the right topics.” In other words, very important work!

In general, the team was always surrounded by cats, and many of them already had a cat at home as a pet, which helped a lot with the gameplay and movement.

3 – The city was also based on location 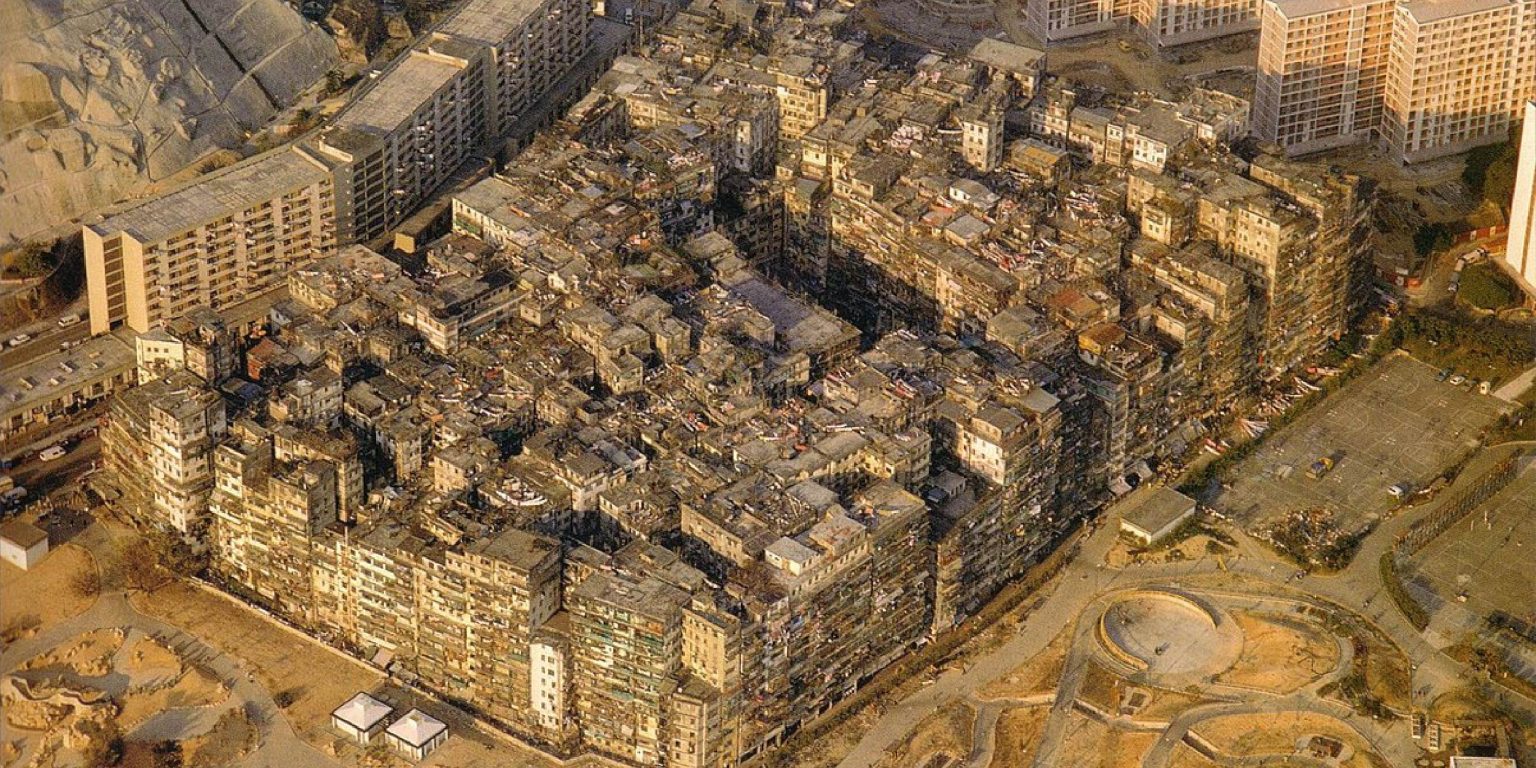 During an interview, BlueTwelve’s producer said that they, the developers, were fascinated by a place that no longer exists called the Walled City of Kowloon. This location was once the hub of Hong Kong’s urban development and once had a population density of 111,450 per square mile.

It was built from a cluster of flats with tight spaces between them, and because of this it was considered a rather scary place for many people. Nevertheless, the game developers finally found the perfect place for a place where the cat could study at will.

Not only because of the different and fascinating visuals, Kowloon was formed with such tight and small space buildings that it would be easy for a cat to explore everything without much trouble. For those who have already played, you can see that the environment is very similar, with small apartments, narrow streets and ceilings that are easy to climb.

4 – Stray can be just a cat simulator if you want 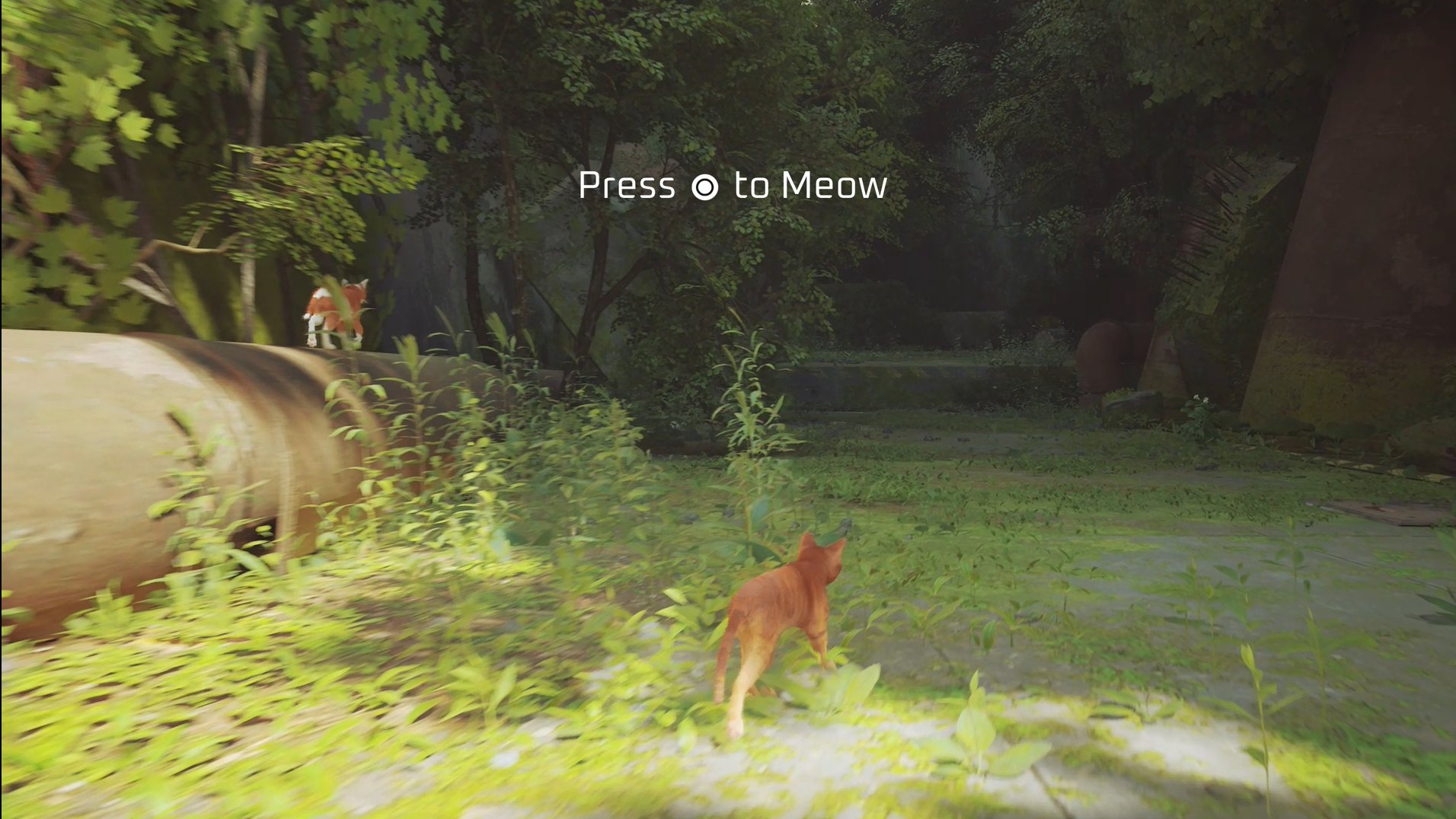 Anyone who hasn’t played the game won’t know, but it really does try to be practically a cat life simulator. This means they go beyond just moving and jumping.

The player has full control over the character and can even move it whenever and wherever they want. The game has a specially dedicated button so that the hero makes a sound when he likes and with different intensities.

In addition, it is also possible to interact with the surrounding scenery, such as sharpening nails on some objects in the environment, such as a carpet. Signs are left there, showing the passage of the main character in this place. Other times it is possible to roll over on the floor to play with something or just lie down to sleep. A cat’s life, literally. 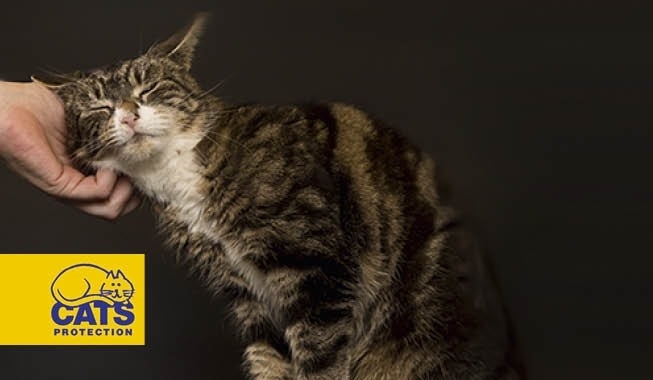 Taking advantage of the hype of the game and especially the welcoming feeling generated by the gameplay, one of the people responsible for publishing Stray, Annapurna Interactive, started a campaign to help the strays.

Partnering with some organizations that already care about animals and shelters, such as Cats Protection and Nebraska Humane Cats in the US and UK, they gave away a few copies of Stray so they could raise some money through donations.

Unfortunately, these campaigns are focused on these two locations, so they are not available here in Brazil to donate or help the kitties here. However, despite this, the game eventually inspired others to create their own campaigns and initiatives.

An example of this was streamer Emmalition, who also partnered with Annapurna to show off the benefits by giving away two copies of the game to viewers. 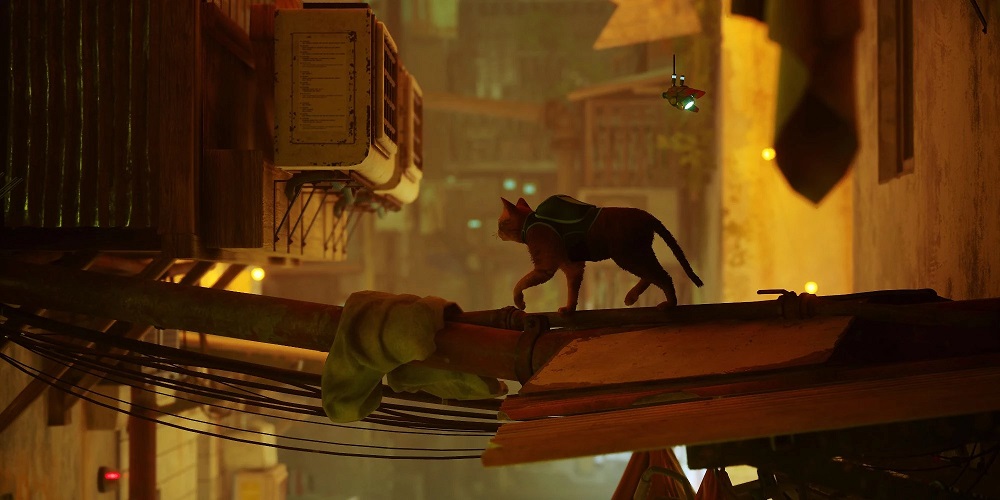 Stray game has a very interesting balance between fun and realistic gameplay for those who want to feel like a cat. For starters, it has very good animations that help with that feeling, and on top of that, the experience isn’t usually weird or complicated.

This is because the studio decided to give the best level of refinement to the game’s gameplay. For example, one of the choices was to remove the possibility of failure when jumping from the hero, which would make the movement more flexible.

In early prototypes of the game where this bug was an option, they showed that players often missed jumps, and in real life cats sometimes miss jumps, they decided it wasn’t as fun in the game. In addition, they decided that easily jumping from one side to another is something that really fits into this fantasy world of Stray, so that the player feels like he is in the cat’s shoes. 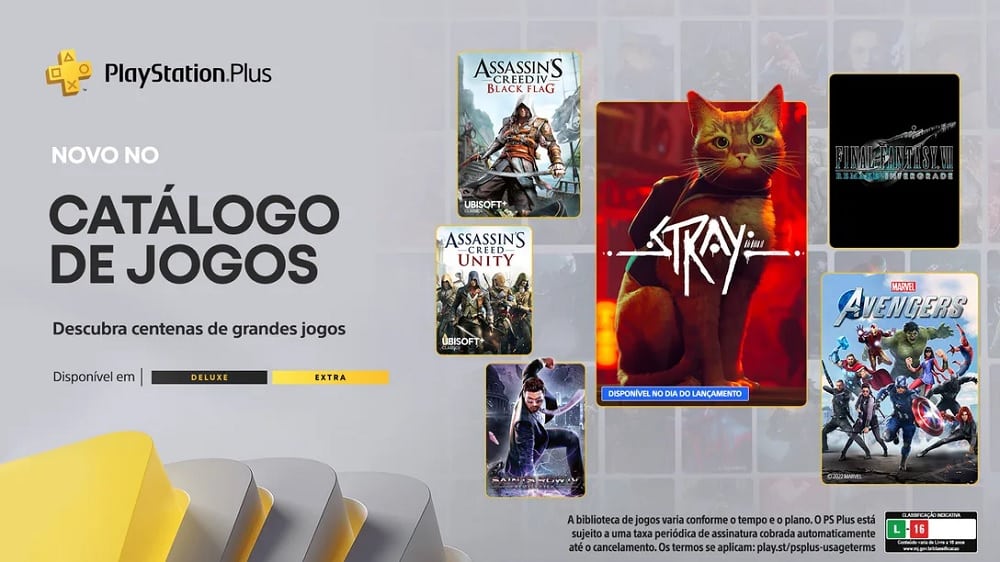 Sony had already announced that not all major game releases would be included in the PS Plus services catalog on the same day they launch for the platforms. In fact, many arrive only a few days later, but with Stray, things were different. The game became available for players on the service on July 19.

As a reminder, it can currently be purchased for PC on Steam for R$63.79 and on PS4 or PS5 for R$149.90. Therefore, players who subscribe to PS Plus have been able to enjoy the game on consoles at a very attractive price, which is only the monthly service fee, which also includes several other games.

8 – The level of game design was more difficult

Stray’s main focus is to see the world as a cat sees it, that is, from a very different perspective than a human. And the game does it very well. Even robots, which may not seem so scary to humans of their size, become the main threat to the little hero.

All of this change in perspective makes the world feel even bigger, and to do that BlueTwelve had to work hard to make it feel like a fun character to play for the players. It even brought some challenges.

They say that in any other game you can add details like air conditioning in buildings or pipes in walls, and it’s just aesthetic. In the game, they become important components for character movement.

9 – The game was the inspiration for real-world cat accessories

Stray was so successful that even other companies decided to jump on the game bandwagon. One of them was Travel Cat, which specializes in cat accessories and was inspired by the backpack used by the hero for real cats.

The backpack comes with a leash so that owners can safely walk their cats. The company also created a backpack so owners can carry their cats on their backs that includes air vents and a small window so the pet can see everything around it, even when inside.

Of course, the price is not exactly the most affordable, but the items are already pre-sold and delivered in Brazil. For those who want a travel backpack to carry cats on their backs, the price is R$895.00. A small backpack with a collar costs R$260.00.

During the month of July when the game was released, Stray became the most requested game on Steam as most users added it to their wishlist. It also remained the most anticipated game for several days and this success only increased after its release.

Since July 19, Stray has been the best-selling title on the PC platform, even managing to surpass other major releases such as Spider-Man, FIFA 23, and even Elden Ring. It is currently ranked 5th even after almost 1 month of launch.

One of the reasons for his success is that he really won the hearts of the players. It has received a lot of praise from streamers and gamers, as well as critics who have given the game a high score of over 80 on Metacritc. Of course, the cat that is a cat simulator ends up with its highlight too, because it brought a very unusual and incredibly cute hero.

Another interesting point is that Stray has arrived at a more affordable price for PCs, especially when compared to other major releases today that exceed the R$200 range.